Home / Articles / UFO News / BBC reporter encounters a UFO
A BBC journalist spotted a UFO on his way to the airport. 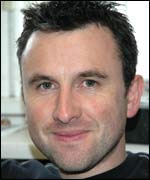 A BBC journalist spotted a UFO on his way to the airport this morning. Mike Sewell, a well-respected sports reporter on Radio Five Live, was “totally freaked out” after seeing a bright light descent towards the road on which he was driving.

He described the UFO as disc-shaped, and “it had several lights flashing all around it and underneath there were at least two large panel lights, soft white lights underneath,” according to the Sun. The UFO hovered over a field, and Sewell was able to see the craft for two to three minutes before losing sight of it.

UFO researcher Timothy Good commented on the sighting, stating, “Clearly it is not a conventional aircraft of any type.” Good offered his opinion that the UFO could have been a secret military aircraft. But he also stated, “It might well be extra-terrestrial.”

Sewell is confident that what he saw was not an airplane or a helicopter.