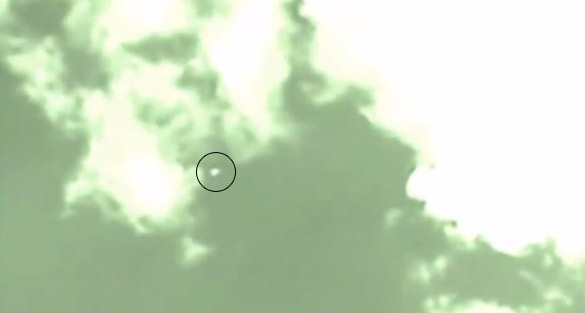 A UFO video taken in Sydney, Australia, yesterday, has caught the attention of the International Business Times. However, this is only one of many videos that this Australian “UFO Hunter” has posted of objects he believes to be UFOs.

The video is interesting, there is a bright round object floating through the sky. The camera person seems to lose track of the object when it floats behind a cloud. The object could be a balloon, but the man who posted the video doesn’t believe so. He writes in the description of the video that this object was recorded at his house by his friend, Anna, who is visiting from Slovakia. The title of the video is “Large disc shape UFO captured over Sydney.”

The YouTube account owner, Laszlo Novak, YouTube handle colourufo, has posted a video everyday this week, and has hundreds of postings of objects he has recorded that he believes are UFOs.  A visit to his Facbook page offers a link to a video that explains the motivation behind his UFO interests.

In 2011, Novak posted a documentary on UFOs he produced which includes some background on his experiences. According to the video, in 1995 Novak had witnessed a large strange craft in the night sky. He ran outside to video tape the object, and had an hour of missing time. Years later, under hypnotic regression, he believes he was able to uncover hidden memories of having been abducted by aliens. It was soon after the incident in 1995 that he began filming UFOs.

For more on Novak, and to evaluate his videos yourself, visit his YouTube page. I found his documentary interesting and the production values higher than many of the homemade documentaries I have been sent over the years.