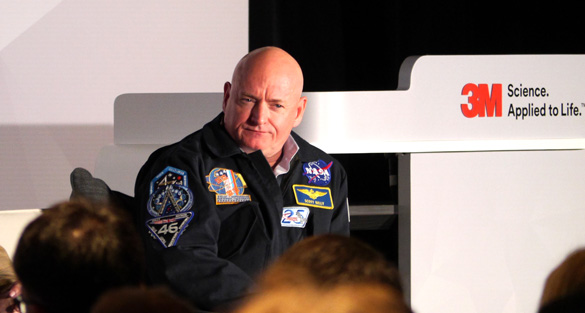 I had the opportunity to interview astronaut Scott Kelly recently and, of course, I had to ask him about UFOs. Kelly has spent over 520 days in space during four different missions. In one mission alone he spent 340 consecutive days on the International Space Station. The longest time any U.S. astronaut has spent in space on a single mission.

Kelly was a guest speaker at a science advocacy event held by 3M covering their recent survey regarding the public attitudes towards science. The study was called the State of Science Index. The event began with a presentation by Kelly, then 3M personnel and science journalists joined Kelly on-stage for a panel regarding the findings of the survey. Watch the panel at this link. 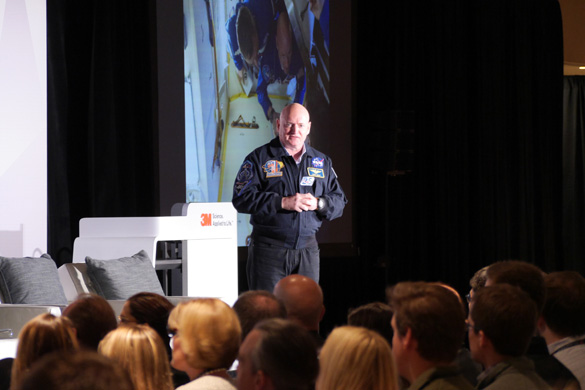 Scott Kelly speaking at the 3M State of Science Index event. Click on the image to watch the presentation. (Image credit: Alejandro Rojas)

Soon after the panel, I was able to get some time to ask Kelly questions one on one. When I slid in my question about UFOs, he said he had seen a lot of strange things in space. He also said he saw weird things flying Navy jets over the ocean. He says although he spotted strange objects occasionally, they always turned out to be optical illusions. He does believe there is life out there, but that the distances are so vast, there is probably no way they have gotten here. 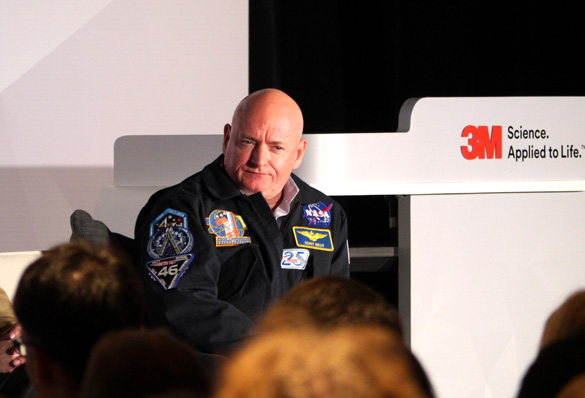 Kelly admits he has no evidence that aliens are not visiting us, but he is 99.99% certain it’s not happening. 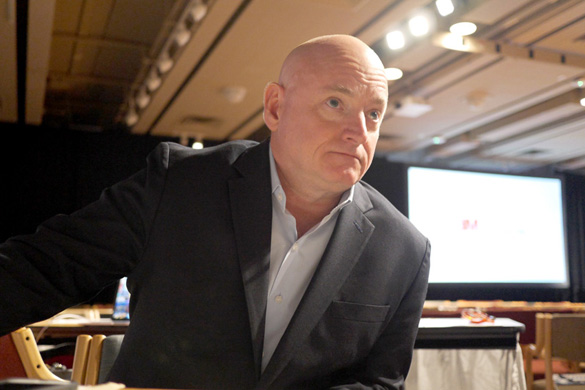 You can read more about my interview and read his exact quotes in my recent Scott Kelly story for Den of Geek. There is also a bustling debate going on in the comments section, so go join in!