Home / Articles / Space / Another space company to mine asteroids 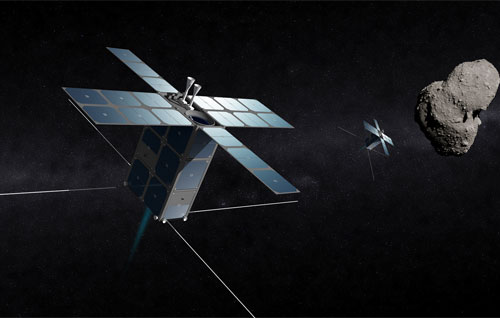 Another space company to mine asteroids

Back in April 2012, Planetary Resources announced its plans to mine asteroids for resources. Now, another private space company is entering the asteroid mining business. 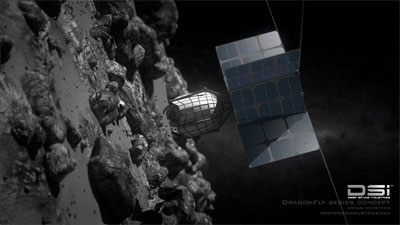 On Tuesday, January 22, Deep Space Industries (DSI) announced its plans to launch a fleet of small spacecraft to near-Earth asteroids for the purpose of mining resources.

Wired.com explains that DSI’s plans call for the creation of a fleet of prospecting spacecraft called Fireflies “that will travel to asteroids in Earth’s vicinity on journeys of two to six months.” These will be used to collect data about asteroids to determine the best asteroids from which to mine.

The company hopes to launch the first Firefly in 2015.

Space.com reports that the Firefly fleet will pave the way for a larger class of spacecraft called Dragonfly that will “bring asteroid samples back to Earth during missions that last two to four years.” Dragonfly missions should begin in 2016. 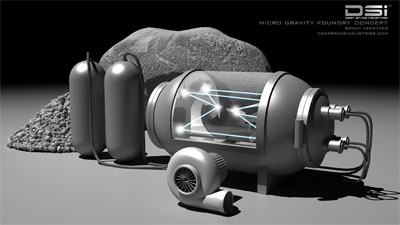 And, further in the future, DSI plans to use its MicroGravity Foundry–a 3-D printer using patent-pending technology that will reportedly be able to utilize mined asteroid resources to print metal components. According to Popular Science, DSI claims the MicroGravity Foundry could potentially “print new parts for Mars missions, components for new outposts that would replace communications satellites, and even space stations that can beam power back to Earth.”

This is the Deep Space mission — to find, harvest and process the resources of space to help save our civilization and support the expansion of humanity beyond the Earth — and doing so in a step-by-step manner that leverages off our space legacy to create an amazing and hopeful future for humanity.

The announcement by Deep Space Industries came on the same day that Planetary Resources unveiled a space telescope it plans to implement in upcoming deep space missions. As RedOrbit.com explains, Planetary Resources plans to launch this Arkyd-100 telescope in 2014 “with the hopes of aiding in the harvest of precious metals and water from near-Earth asteroids (NEAs) by 2020.”