‘Aliens: The Definitive Guide’ to air in Canada 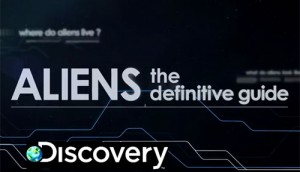 According to Discovery Canada, this two-part series kicks off the network’s “Aliens Week.” The network’s press release explains that this series “explores where aliens might live, what they could look like, how intelligent they are, and how they can do the seemingly impossible: travel across time and space.” The show features experts and scientists from a variety of fields, including theoretical physicists Michio Kaku and Paul Davies.

Aliens: The Definitive Guide aired in the United States back in March 2013 as part of the Science Channel‘s “Are we alone?” month, which featured a variety of extraterrestrial-related programming.