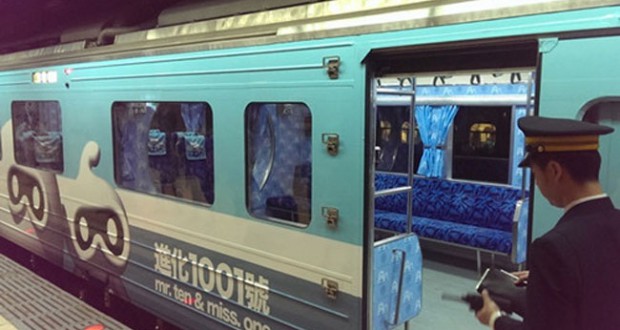 (Credit: in the Canton News)

Alien train rolls out in Taiwan

Passengers in Taiwan were introduced to an alien-themed train on Monday, January 26.

The Taiwan Railways Administration (TRA) just rolled out this train that features depictions of two extraterrestrials who are visiting Taiwan. These aliens even have names: Mr. Ten and Miss One. The “ten” and “one” are simply taken from the train’s registration number–DSC1001. And this extraterrestrial train has a name too: Evolution No. 1001. 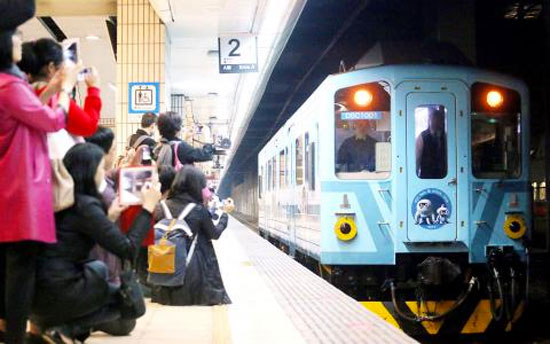 The Taipei Times explains that these extraterrestrial visitors were created by designer Akibo Lee who “wanted to tell the story of aliens trying to find a place to settle down by going on a railway tour.”

“Mr. Ten has a huge head containing all the maps to other galaxies, while Miss One has an antenna that is able to locate delicious food,” Lee explains. He continues, “The couple have been traveling around the universe as backpackers, working to pay their dues. They chose to travel to Earth this time and fell in love with Taiwan.”

But why has the TRA decided to theme one of its trains with an extraterrestrial story of alien travelers? According to TRA director Zhou Yonghui, the alien theme is a marketing campaign to encourage the use of trains to explore Taiwan. 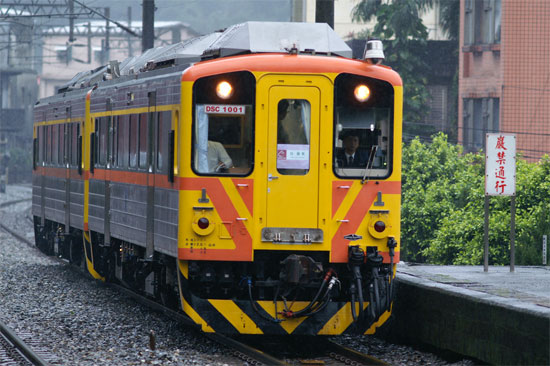 TRA will reportedly sell merchandise featuring images of the extraterrestrial travelers including lunch boxes and backpacks.

Based on the style of art featured on Evolution No. 1001, and on the merchandise being offered, this campaign seems like it’s geared more towards younger travelers. Lee even comments, “I am a father myself and I hope that more parents would take their children to travel with the aliens.”