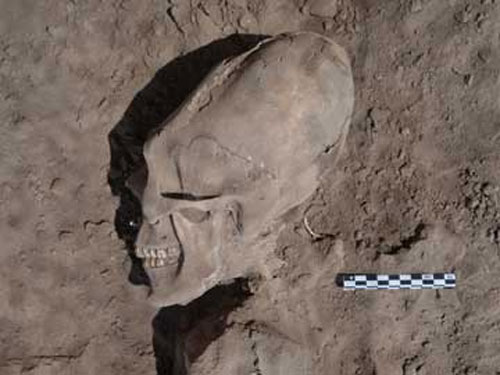 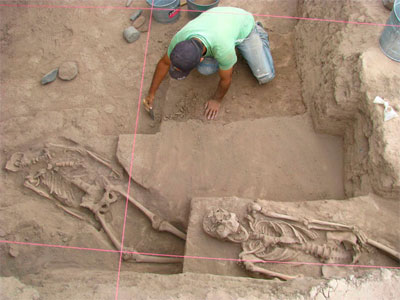 Twenty-five skulls were unearthed from an ancient burial site estimated to be from thousands of years ago. Of the twenty-five skulls discovered at this site near the village of Onavas, south of Sonora, thirteen are elongated. Five of the skulls also show signs of dental mutilation. The site is also the first pre-Hispanic cemetery in the state, according to researchers.

Some have already begun speculating that these thirteen skulls are remains of ancient extraterrestrials.

But according to archaeologists from the Institute National Anthropology and History (INAH), until now, no evidence of cranial deformation or dental mutilation practices had never been discovered in the region.

This archaeological dig was conducted by Arizona State University, with the approval of the INAH Archaeology Council.