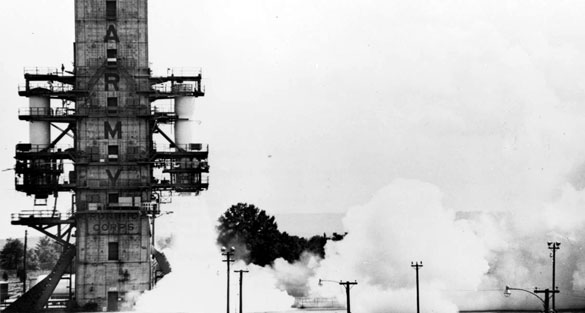 An Alabama witness recalls a UFO incident from about 1966 when a disc-shaped UFO was seen circling a rocket testing tower at Redstone Arsenal in Huntsville, according to testimony in Case 67224 from the Mutual UFO Network (MUFON) witness reporting database. 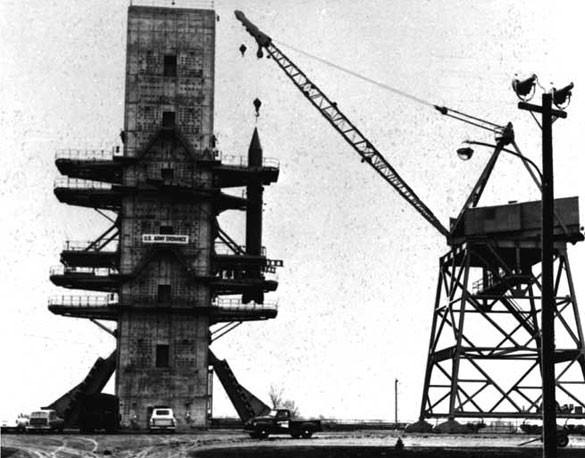 Construction pictured in 1953 of the largest static test stand in the United States for testing rocket motors was completed at Redstone Arsenal slated for use in the JUPITER program. (Credit: Wikimedia Commons)

“It was shortly after my family had moved to Huntsville, Alabama, when the sighting occurred,” the witness stated. “I don’t remember the exact date – sometime around 1966-1967 at around 7 a.m. during breakfast.”

The witness first noticed what appeared to be steam escaping from the rocket testing tower located on the Redstone Arsenal about one mile away over a nearby tree line.

“The tower stood around 30-40 feet above the trees from our view point. We had never seen steam coming from that tower before, so it caught our attention.” 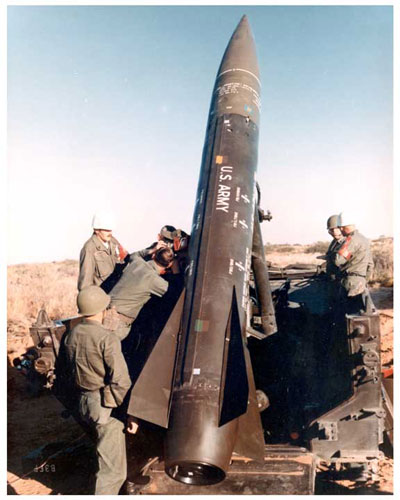 There was movement that suggested what was being observed was actually circling the tower and it looked the same during each rotation. The witness described the object.

“It was a disk, white on one side and gray on the other. It was circling the testing tower at about a 45 degree angle at the top of the tower and appeared to be approximately one-half to two-thirds the size of the tower. It rotated perfectly the same at about one revolution per one to two seconds for around five minutes when I went to get my binoculars to get a closer look.”

But then the object disappeared. 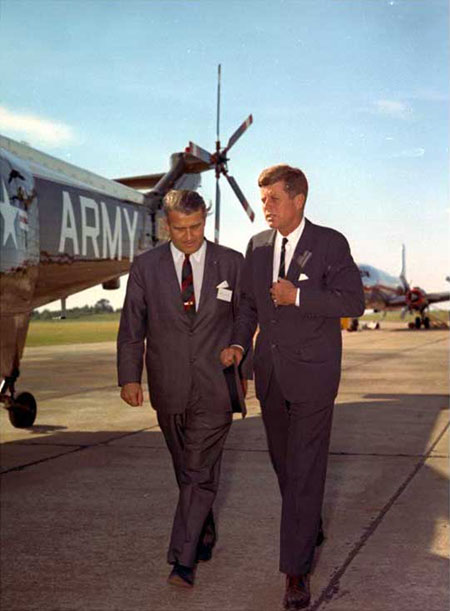 “Unfortunately that is when I was told by my father that it had leveled out and disappeared over the tree tops. We don’t have the technology to maneuver like that today let alone in 1966 or 1967. Present was myself (11-12 years old), my father, my mother and my younger brother (7-8 years old). My older brother was down stairs at the time and heard the commotion but didn’t get upstairs in time to witness it. My mother is now deceased.”

The witnesses’ father no longer recalls the incident. 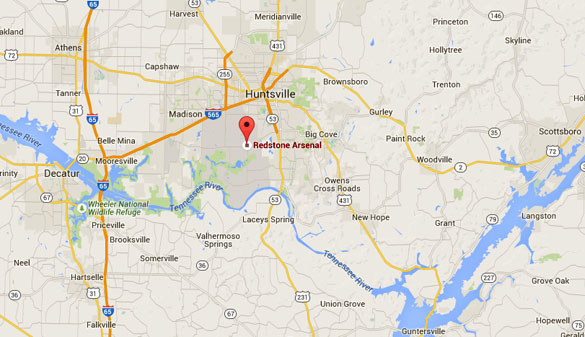 “Unfortunately my father says he doesn’t remember this incident. At the time he was working with NASA and may have been told this incident never happened and if he swears to secrecy that is exactly what he will do.”

Redstone Arsenal is a United States Army post and a census-designated place (CDP) adjacent to Huntsville in Madison County, Alabama. Please remember that most UFO sightings can be explained as something natural or man-made. The above quotes were edited for clarity. Please report UFO activity to MUFON.com.