Dr. Alexander Imich passed away at the age of 111 on Sunday, June 8. The chemist and zoologist was considered the world’s oldest man at the time of his death. Polish-born Imich was a Holocaust survivor. He was also a UFO believer and a paranormal enthusiast. 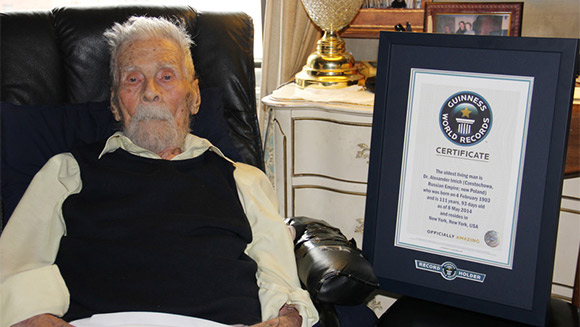 Imich was born in 1903 in Częstochowa, Poland. The Jewish Daily Forward describes that “Imich was fascinated by the supernatural by age thirteen, investigating table turning and Ouija boards as means of communicating with spirits.” He earned a Ph.D in zoology, but he was unable to find work in that field, so he shifted his focus to chemistry. He also did some parapsychology research because of his interest in the paranormal. During World War II, Imich and his wife were sent to a labor camp. They were eventually freed, but after discovering that most of their relatives had died in the war, the couple emigrated to the United States.

Imich resumed his work as a chemist, but his wife’s work as a psychologist fueled his interest in parapsychology. He focused more on this field after his wife’s passing in 1986. And he began researching the paranormal full-time after he retired. He reportedly founded the Anomalous Phenomena Research Center in New York, and he served as the organization’s president. Joseph McMoneagle, who is best known for the investigation of Remote Viewing and the use of paranormal abilities for military intelligence gathering, served on the Board of Advisors for the Anomalous Phenomena Research Center.

Imich was fascinated by illusionist Uri Geller, he had close relationships with alleged mediums, and he edited the 1995 book Incredible Tales of the Paranormal: Documented Accounts of Poltergeist, Levitations, Phantoms, and Other Phenomena. 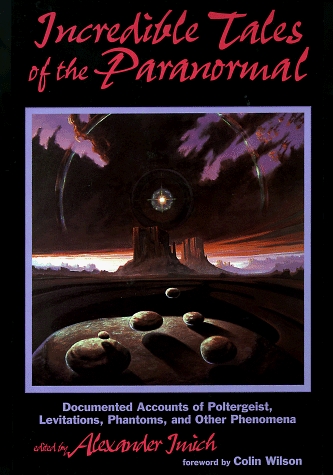 Although they were not the primary focus of his work, Imich believed that extraterrestrial UFOs are visiting Earth. According to the Wall Street Journal, he kept a photograph on his desk of friends he claimed were abducted by aliens. It is unclear if he had any UFO experiences of his own. But Dr. Alexander Imich reportedly devoted more than seventy years to researching and writing about the paranormal.