Several witnesses have reported spotting a UFO over the town of Lincoln in Lincolnshire, UK.  One of the witnesses captured a video.

On April 16, YouTuber Andrzej Duraj posted a video of clouds he had captured on his phone. After reviewing the video he noticed the UFOs. He says they appear to be “5 bright lights in shape of hexagon accidentally caught on video while filming the clouds.”

Some people have commented that it looks like reflections on the window, but he says he was outside. Others have said it looks like all he caught were some interesting looking clouds. 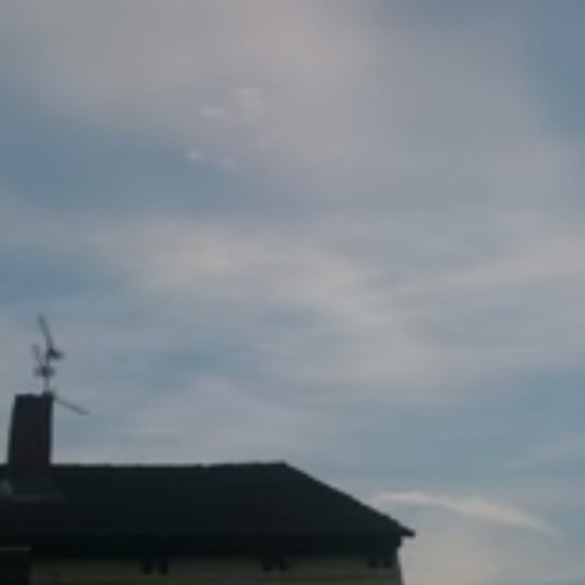 These bright spots in the clouds are what the witness believes to be UFOs. (Credit: Andrzej Duraj/YouTube)

When the Lincolnshire Echo posted a story on the video, they received a message from a couple who says they may have seen the object. Adrian and Karen Everest, also from Lincoln, say they saw a UFO in the clouds at the same time the video was taken.

Adrian says at around 7:30 he was in his front room watching the clouds when he spotted something.

He told the Lincolnshire Echo, “I saw something metallic in the sky and I watched it not move for about 15 or 20 minutes. When the cloud began to disappear I thought I’d see it more clearly but it disappeared.”

He says the object made no sounds and never moved. He thought it was mysterious because he says, “I’ve never seen anything like it.” 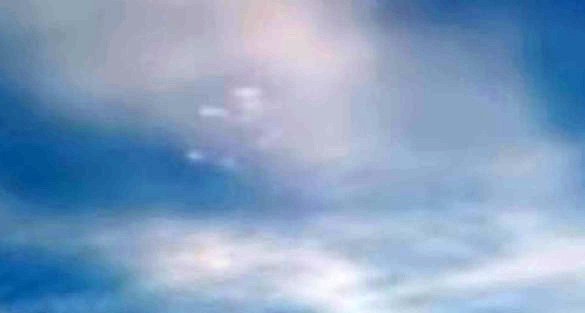 Objects in the video with adjusted contrast.

“I don’t know if it was the same thing that’s on the video but it was at the same time.”

His wife also saw the object. She was watching TV and came over to see what her husband was looking at.

She says, “I looked where he pointed out and I saw it too a silver dot. It stayed still and didn’t move and there was no vapour trail like you’d see from a plane.”

She says once the clouds moved they never saw it again. She does not feel it was a plane.

Karen described the object as “metallic silver with the sun’s rays shining on it.”