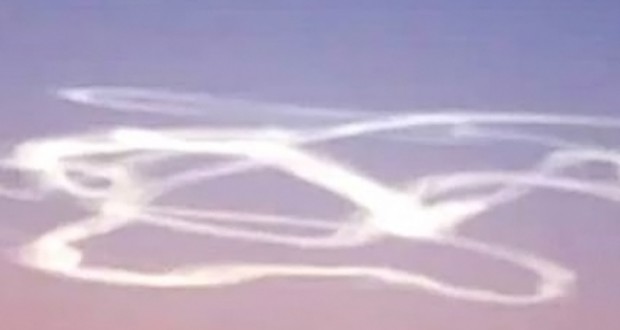 Witnesses assert that UFOs created unusual looking contrails in the sky above the Russian city of Biysk.

The strange circular contrails allegedly appeared earlier this week. But the exact date is unclear . One witness who managed to photograph the aerial anomaly describes, “It was early in the morning and there were not many people on the streets but those that were there were pointing at the sky and I realised there were these strange rings.” 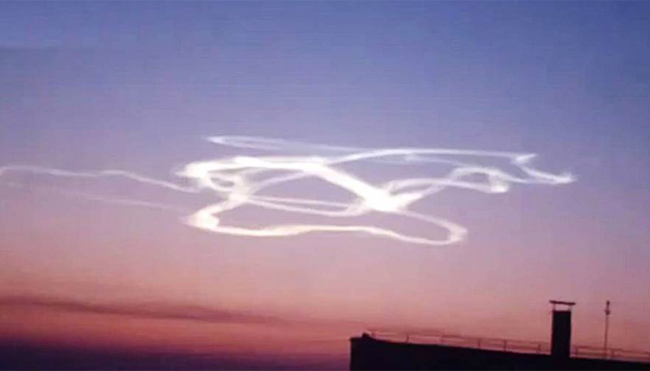 According to the Metro, “Some of those who witnessed their creation claimed that they had seen three spherical yellow spheres flying in a chaotic pattern which had caused the rings. Most speculated that they might have been army planes and some even suggested UFOs.”

Another alleged witness provides more detail, stating, “I saw them at 6.25am and there were four, one of them was particularly bright and two others were flying parallel with that – and then the forth one was at a different angle and further away from the other three.”

Although some point to UFOs, others believe a rocket launch is the culprit. And, judging by the appearance of the contrails, this is a good possibility. 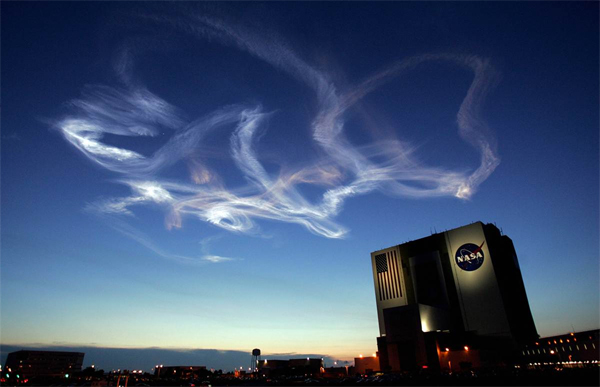 A Russian communications satellite blasted into space on the morning of Monday, December 15 from the Baikonur Cosmodrome in Kazakhstan, which is nearly 1,500 miles from Biysk. A mysterious radar reconnaissance satellite that has been shrouded in secrecy for years is scheduled to launch from the Baikonur Cosmodrome on Thursday, December 18. Although it’s possible that such a secretive project might have launched earlier than scheduled, there is no evidence to support that possibility.

Meteorites and weather-related phenomena have also been offered as possible explanations for the sky rings.

Despite the various suggested explanations for the strange circular contrails, the Metro reports that there has been no official comment regarding the strange anomaly in the sky.