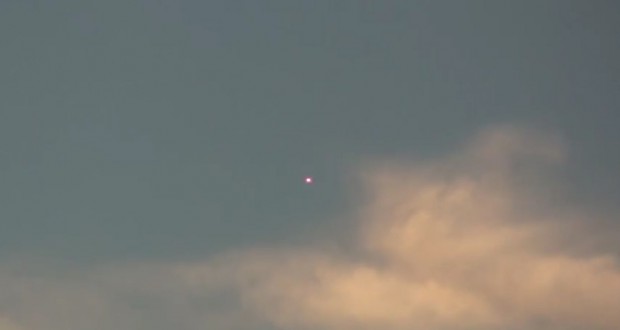 Screen shot of the object captured in Video 1. (Credit: MUFON)

A Colorado witness at Colorado Springs reported watching and videotaping “two or more unknown objects” that could not be identified, according to testimony in Case 60599 from the Mutual UFO Network (MUFON) witness reporting database.

The witness uploaded three videos with the MUFON report, which was filed on October 14, 2014: Video 1, Video 2 and Video 3. Language caution on the videos.

Colorado MUFON is investigating. Colorado has a current UFO Alert Rating of 3 with a high number of recent reports nationally. Colorado had 13 UFO reports that occurred during September 2014 – calculated at 2.51 sightings per million population. The above quotes were edited for clarity. Please report UFO activity to MUFON.com.