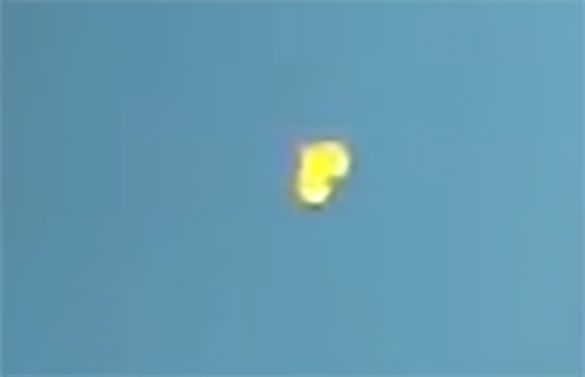 “I closed my eyes and looked up to the sky,” the witness stated.“When I opened my eyes I saw a silvery object above in the sky which was just sitting there without moving. I thought it was a balloon at first, but the reflection of the sun was making it shine real bright.” 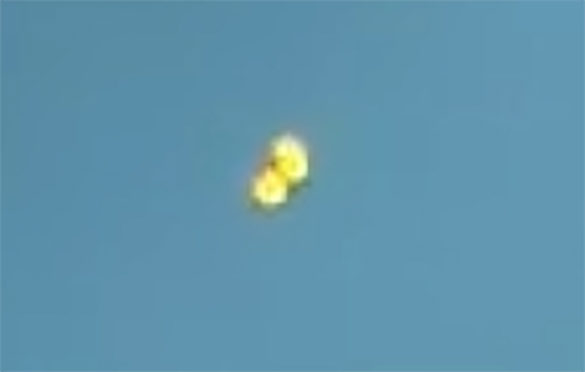 The witness decided to look at the object binoculars, but could not make out the shape.

“I decided to take out my telescope which has an attachment where I can hook up my android phone since I like taking pictures of the moon and the planets once in awhile at night. The object began to move slowly and I was struggling to capture it through my telescope until I was finally able to get it on my phone.”

“At first I thought it was balloons once again because it was three spheres that were attached to each other, but they began to move in a circular motion and once in awhile the three spheres would separate from each other and come back together.” 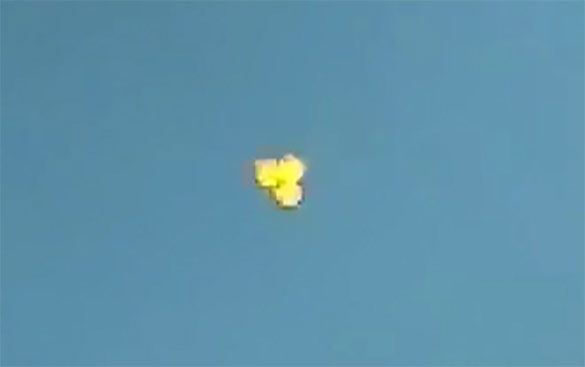 The witness ruled out balloons.

“The three spheres together formed a triangle shape and were bright yellow – almost shining, I don’t know if it was due to the sun hitting the object or what. The object would move around as if it was out of control, but as it was moving in one direction it would suddenly move to another direction.”

At one point in the video a white sphere passes by. 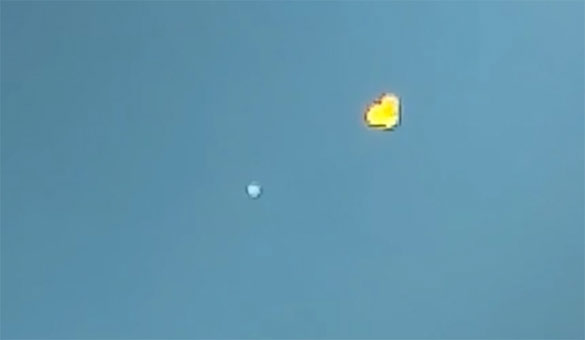 “I was unable to stay with the other object or I would have lost the three sphere objects. Finally, I was unable to track the object because the arms that make my telescope move were unable to move further and I lost the object. The sun was setting and clouds began to move in making it difficult to see the object any longer. The object was real high in the sky because it disappeared behind the clouds that were passing by and usually the planes that pass above my house from LAX usually are real high in altitude and they don’t even fly above the clouds. I was able to find another video on YouTube from someone in Cordoba, Argentina who filmed a similar object back in May 2015.”

East Los Angeles is an unincorporated area in Los Angeles County, CA, population 126,496. California State Section Director Denice Marcel is investigating. Please remember that most UFO sightings can be explained as something natural or man-made. The above quotes were edited for clarity. Please report UFO activity to MUFON.com.