A Pennsylvania witness at Bristol reported watching and videotaping a series of star-like objects slow moving in a straight line across the sky, according to testimony in Case 78125 from the Mutual UFO Network (MUFON) witness reporting database. 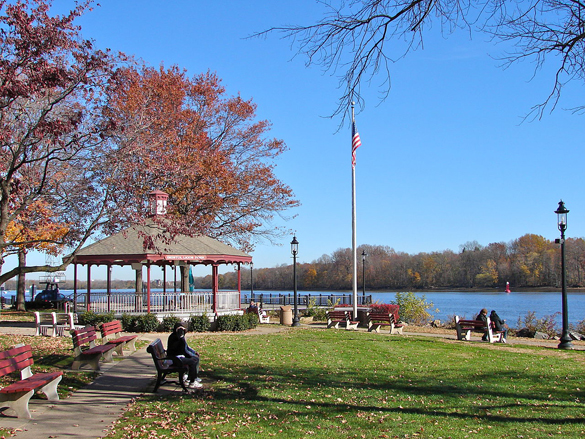 The witness first noticed the object due to their brightness and began videotaping. Pictured: Bristol, PA. (Credit: Wikimedia Commons)

The witness stepped out a back door to a vehicle at 9 p.m. on July 31, 2016, when a low flying airplane was first noticed.

“I looked north and noticed five objects—I don’t want to say hovering, but flying straight; not maneuvering, but also moving away from each other,” the witness stated. “They were going at a slow pace underneath the clouds.”

The witness also noticed planes in the sky.

“Planes were flying around them and across from them. There were a lot of planes in the sky at that time—it seemed abnormal to me. Other than that, they were going real slow, but they didn’t look like airplanes.”

The brightness of the objects first triggered the witness to notice them.

“I first noticed the object because of how bright they were and how close they were at the beginning. It looked like several stars (a constellation in the sky but it wasn’t that high) when I first noticed it.” 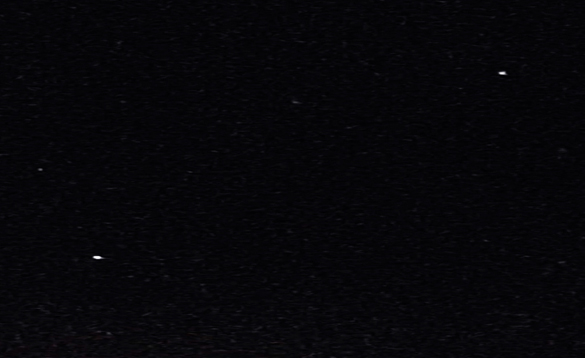 The witness had a feeling to look at the objects.

“I felt like I always feel, when I felt a feeling like ‘look here,’ instead of looking the direction I normally look because whatever there was there. Like a feeling of ‘look before it’s too late.’ It’s weird, I don’t know. Followed them for about five minutes before it looked like they disappeared from view based on the cloud cover.”

Bristol is a borough in Bucks County, PA, population 9,726. Pennsylvania Field Investigator Bob Luther is investigating. Please remember that most UFO sightings can be explained as something natural or man-made. The above quotes were edited for clarity. Please report UFO activity to MUFON.com.