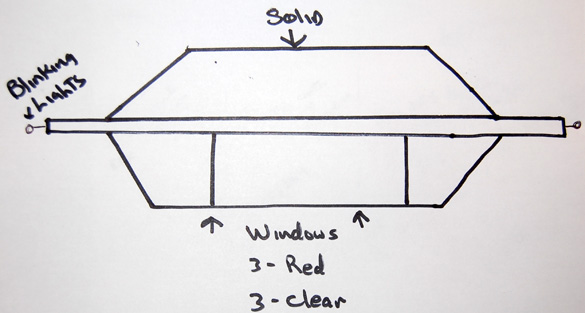 A Massachusetts witness at Dennis, Cape Cod, recalls an incident from 1966 after his family visited one of his father’s Army buddies on the July 3 or 4, according to testimony in Case 68411 from the Mutual UFO Network (MUFON) witness reporting database.

“The man had a son my age (14) so we buddied up for the day, met up with a couple of girls he knew and all spent the day together,” the witness stated. “That evening about 30 to 40 people of all ages assembled on the small beach at the lake to watch a fireworks display from a man who brought fireworks in from New Hampshire – to hold private fireworks events in Massachusetts was illegal at that time.

The UFO appeared nearby as the group watched the fireworks.

“As Roman candles were shooting into the air, I noticed that people were all looking away from the fireworks and pointing at something across the lake. I followed their pointing fingers and then saw the UFO.” 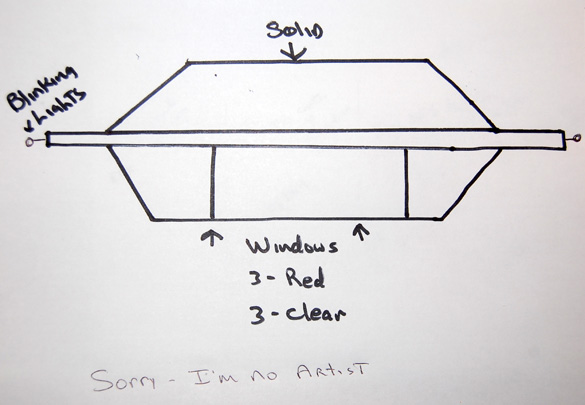 “It was hovering above the treetops on the other side of the small lake, as if it was watching the fireworks. It was large and metallic and was your classic Ed Wood 1950s disc of two pie pans put together. On the bottom pan there were six large windows. Three were clear, followed by three that were red. There were several red blinking lights around the middle of the disc.”

The witness said part of the object appeared to be spinning.

“It also appeared that only the bottom of the disc was spinning around, but this could be because there were windows that we could see spinning, so I can’t really say the top was not spinning, but it appeared to me that it wasn’t. When the clear windows spun around, you could see inside, but I didn’t see any figures or shapes of things, only shadows.”

After a few minutes of hovering, the object moved away.

“After watching it for what seemed like 15 minutes, it turned and ascended in a straight line to the west. It was extremely fast and made no sound at all.”

The witness is unsure if a second event later that evening was connected to the UFO sighting.

“Later that evening, my friend and I went back to the lake and laid down on a boat dock to look up at the night sky in hopes of seeing something else. After a few minutes a rock hit the water near us and made a large splash. We immediately thought it was other kids that were goofing around and we yelled at them to stop…then suddenly it seemed as though hundreds of rocks were splashing all around us into the water. Oddly, not one of them hit the dock, or either of us. We got out of their pronto. I do not know if these two events are related, but it sure felt like they were.” 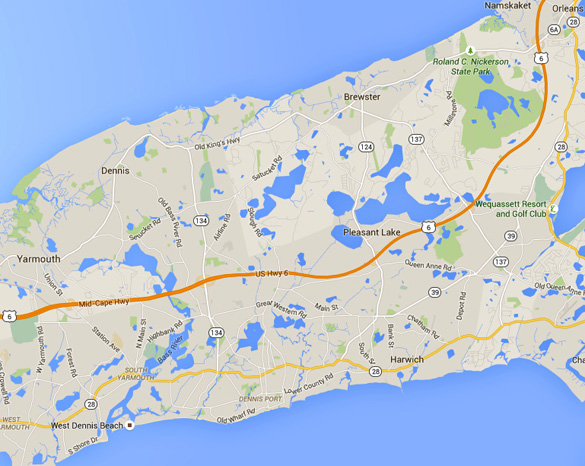 The witness may also have found a second witness.

“As a side note, in the 1980s I was at a diner in upstate New York and was having a conversation with a man I met there. He asked me if I ever saw a UFO. I told him the story I just related to you, and you would think from his expression I had just slapped him across the face. I asked him what was up and he said he was also visiting Cape Cod at the same time I was there, and that he too had seen a UFO.”

The witness devised a plan to test the new witness.

“I immediately pulled two sheets of paper and two pens from my briefcase and we each sketched what we saw, and then handed the sketch to each other. His drawing was virtually the same shape as the one I saw, and he also noted the clear and red windows. I see where you can send a sketch along with this report. I did a sketch and took a photo of it which I have attached…sorry, I am a much better musician than I am an artist.” 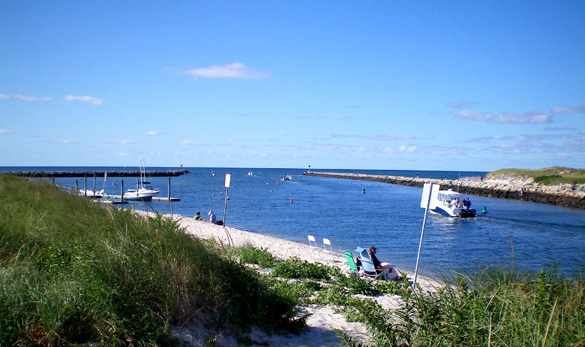 Dennis is a town in Barnstable County, Massachusetts, United States, located near the center of Cape Cod, population 14,207. Please remember that most UFO sightings can be explained as something natural or man-made. The above quotes were edited for clarity. Please report UFO activity to MUFON.com.