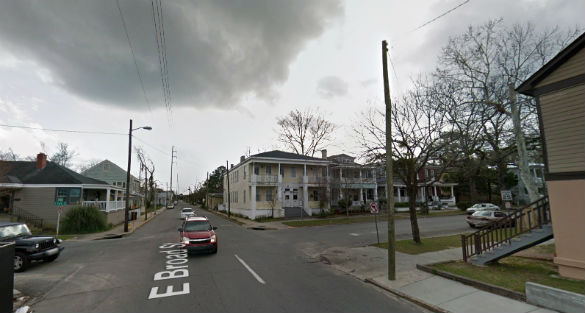 A Georgia witness at Savannah reported watching two large, triangle-shaped objects hovering over the city at 9:45 p.m. on April 25, 2017, according to testimony in Case 83466 from the Mutual UFO Network (MUFON) witness reporting database. 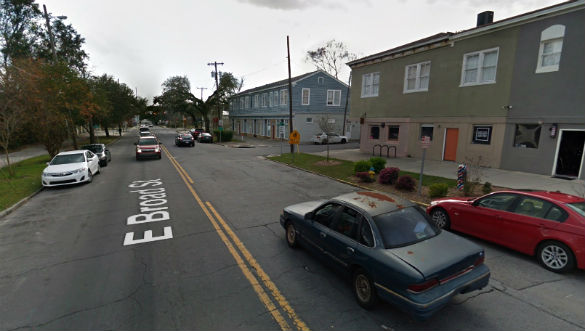 The witness and a roommate were driving back into the city fromTybee Island when the incident occurred.

“I was sitting in the passenger seat, looking out of the window,” the witness stated.“We were headed south on East Broad when I saw two very large, triangular crafts hovering above the city. They were very dark (dark gray to black) in color. They were covered in large, round white lights. The crafts were parallel to each other and perpendicular to the ground. The widest part of the triangle was closest to the ground with the top pointing upward. They stayed stationary. I saw them above the city, fairly low, flying for any sort of air traffic.” 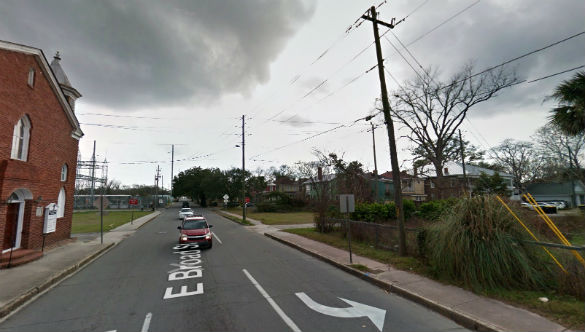 The witness could not judge the size of the objects.

“I can’t say exactly how large they were, except to describe them as enormous. The car windows were up, so I couldn’t hear anything, but I would expect something of that size to make a sound loud enough to be heard inside a nearby vehicle. I will note that on the way back from the islands, I did notice two or three seemingly stationary aircrafts in the distance. Unlike the triangles, these seemed to be either planes or helicopters, but they were too far away for me to give more details than that. The night was somewhat cloudy and the triangles were far below the clouds.” 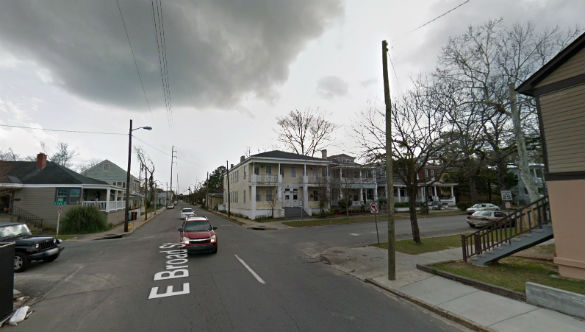 The witness quickly lost sight of the objects due to buildings and trees.

“I lost sight of them for a few seconds, as a building obstructed my view of them. We drove past an alley, at which point I caught sight of them again. When we got to the next cross street, I asked my roommate to turn right. She did, but the street was lined with trees which obstructed the view of the sky. When we turned again, we had a clearer view of the sky, but we could not spot the triangles. Unfortunately, since my roommate was driving, she never saw them.”

Savannah is the oldest city in Georgia and is the county seat of Chatham County, population 145,674. Georgia MUFON State Director Ralph Howard is investigating. No images or videos were included with the MUFON report, which was filed on May 1, 2017. Please remember that most UFO sightings can be explained as something natural or man-made. The above quotes were edited for clarity. Please report UFO activity to MUFON.com.