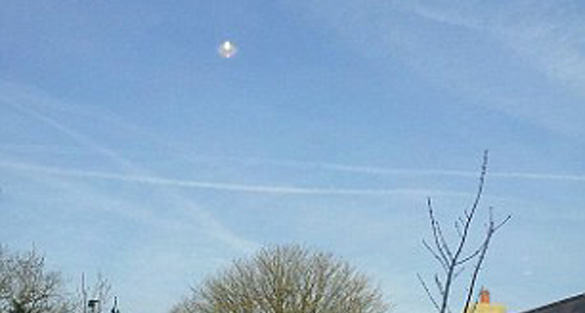 A young woman in Wales took several pictures of a UFO that she says appeared to be a silver spinning object as large as a car.

Elyse O’Neill says she was in her back yard smoking a cigarette when she spotted the object in a clear blue sky. It was moving very fast, then stopped in front if her before splitting in two, moving back together, and then flying off again at a very fast pace.

“It was hovering, spinning like a top,” she says. “It was so bizarre, it took my breath away.” 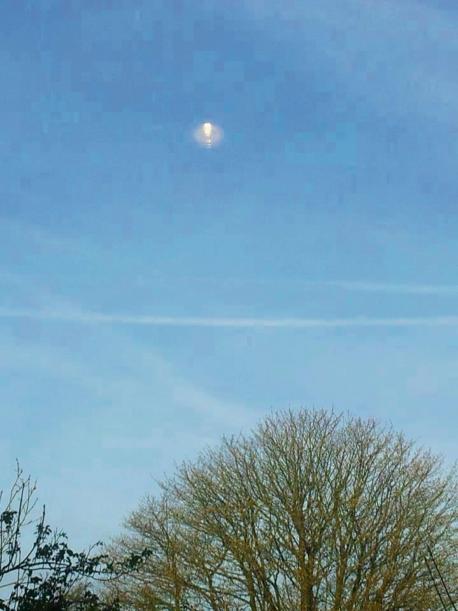 O’Neill says the battery in her phone was too low to take a video, but she did snap several pictures. She said, “I’ve never seen anything move so fast. I’ve seen a shooting star before and it was faster than that – there’s no way it could be man-made, it moved too fast.”

She noticed the sheep in a nearby field also seemed to have a reaction to the object. She says, “I’m a country girl and I know what sheep sound like, but the sheep in the field beyond were making a horrible, high pitched sound all the time it was there.”

Once the object was gone she says “the sheep fell silent. It was chilling.” 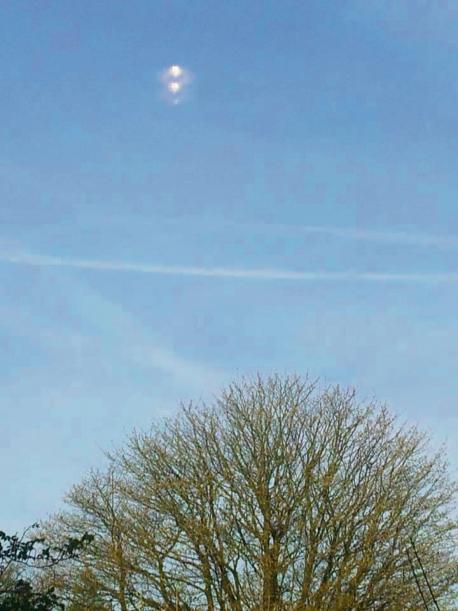 O’Neill posted the pictures on Facebook and showed them to family and friends. She says that relatives told her that her grandmother and aunt had also had a UFO sighting in that area in the past.

Although O’Neill feels that what she saw was not of this earth, she remains skeptical it was of extraterrestrial origins. She says, “I can’t explain it. It moved too fast to be of this earth, but I don’t believe in aliens.” 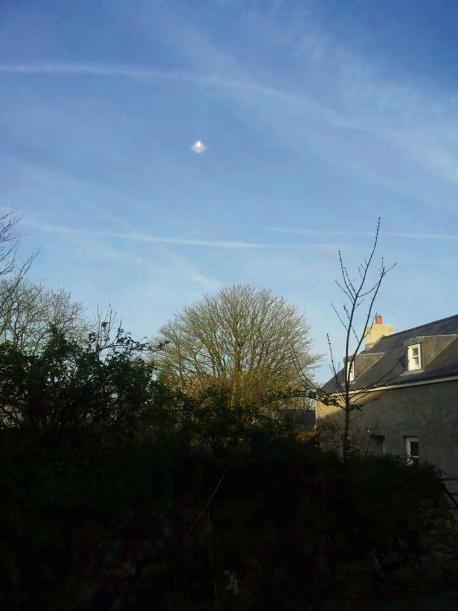 The Daily Mail asked UFO researcher Nick Pope to look at the photographs. He said:

This is truly bizarre and what makes it particularly mysterious is the description of the way the object moved from a hover to a high speed in an instant. This rules out most of the conventional explanations such as aircraft lights, a meteor/fireball, or a Chinese lantern. Perhaps it was some new secret, prototype spy plane or drone, but if not, it’s a genuine mystery. It would be fascinating to find out if anything unusual was tracked on radar.

Others have suggested that the lights in the picture are reflections of a light inside of a home reflecting on a window. However, O’Neill claimed to be outside.

O’Neill says, “I just want people to see what I saw and let them make their own minds up about what they think it was.” 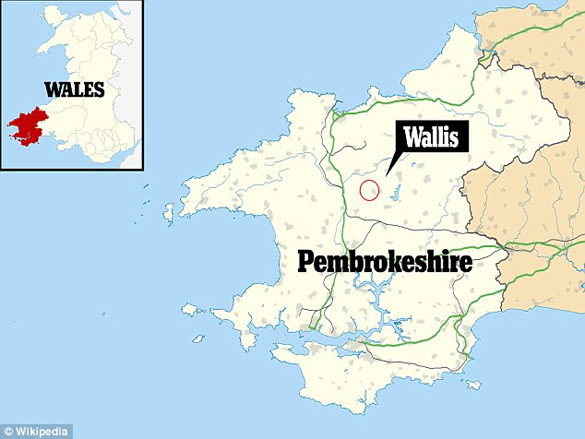