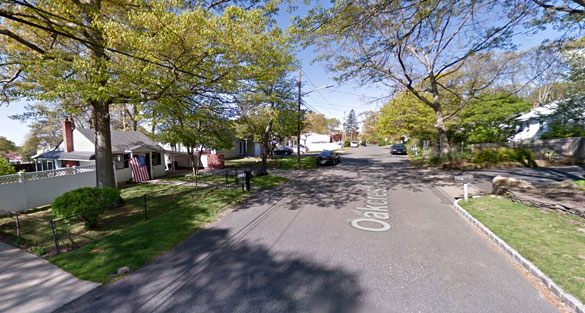 A New York witness at Farmingville reported watching a black, cigar-shaped UFO with “two huge lights” fly over his home, according to testimony in Case 72698 from the Mutual UFO Network (MUFON) witness reporting database. 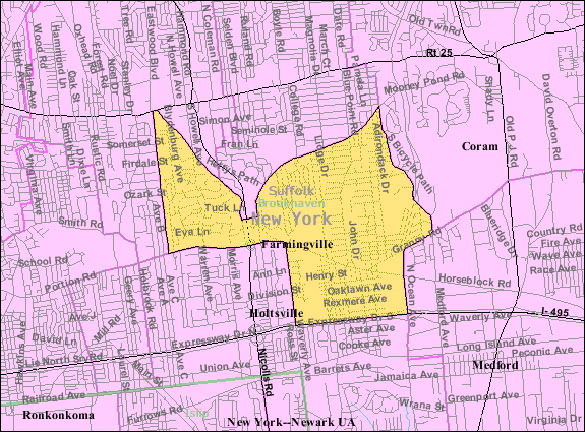 The witness lives on Long Island near the Brookhaven labs.

“I see a lot of strange objects at least four to five times a month and will often use my ultraviolet light to try and signal whatever they are,” the witness stated.“On the night of November 23,2015 at 6:45p.m. eastern time, I observed two bright, white lights with no sound and cigar-shaped moving east-northeast with no sound.”

The witness watched as the object moved higher in elevation and then just stopped.

The witness thinks there is a reason why there are so many UFOs in the area. 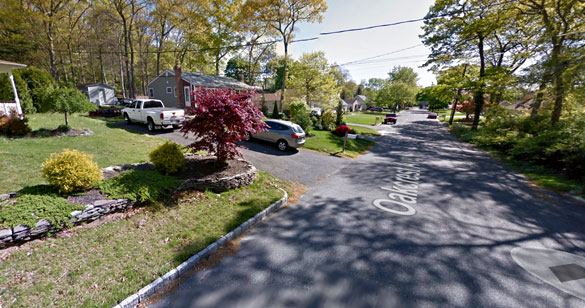 “I think the reason I see so many UFOs here is because of Brookhaven Labs and the tests that they do there. I can tell you that until you see it, you just might doubt it, but here over Long Island I see a lot of strange UFOs. Even as I write this, the cigar shape object is still out there.”

According to the investigation report, “The witness has been seeing multiple orange lights in the sky for some time, but on November 23, 2015, he saw a “tremendous, humongous, gigantic” craft shaped like a cigar with a tremendous light at each end. He watched it hover in the sky for an hour. “It came right over my house!” the excited witness said. “There was absolutely no noise or exhaust left behind.”  He said he has witnessed the orange lights going to and coming out of the cigar-shaped object. “I live close to MacAthur Airport, and I’m familiar with the sound and sights of planes traveling overhead. This huge craft was not something I am familiar with.”

Farmingville is a hamlet in Suffolk County, New York, population 15,481.