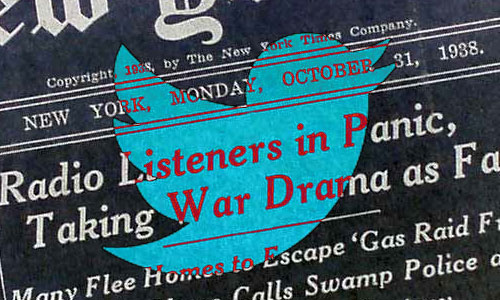 In early 2012, the BBC reported that news of extraterrestrial contact “may reach most people via a tweet from a SETI astronomer.” Because of Twitter’s ability to provide instant news to users around the world, this is a reasonable assumption. Whether the news comes from an astronomer at the SETI (Search for Extraterrestrial Intelligence) Institute, or from a member of the general public, Twitter is a likely vehicle for transmitting this news the fastest. 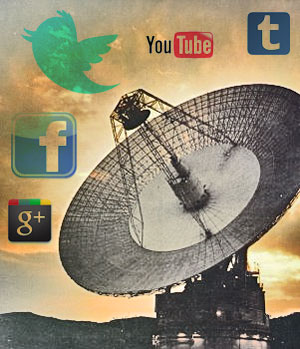 Although Twitter may very well be the source by which many initially learn of extraterrestrial contact, it could also incite hysteria.

A recent Forbes article suggests that Twitter will cause our generation’s “War of The Worlds.” The Orson Welles’ 1938 radio drama panicked listeners who thought the fictitious alien invasion was real. And, due to “the faith people have in the reliability of social media,” Forbes theorizes that Twitter users may react in a similar manner to news of extraterrestrial visitation, real or fictitious. The article explains, “With the power of mass communication in the hands of everyone, a ‘War of the Worlds’ scare can’t be far away, and would be easier to pull off today than it was for Orson Welles.”

So, in the event of true extraterrestrial contact, the news will disseminate rapidly via Twitter. But false news can spread equally as fast, which can make it difficult to distinguish genuine news from false news. But that is the nature of user-generated Internet content, and, sadly, news in general. It’s always a good idea to look for multiple sources to corroborate information.

Do you think the news of extraterrestrial contact would freak people out like “War of the Worlds” did more than seventy years ago? Share your thoughts with us by commenting below, or by commenting on our Facebook page.