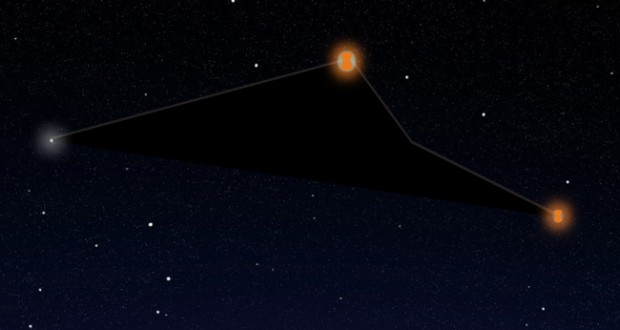 West Virginia witnesses at Elkins reported watching and following a low flying , triangle-shaped UFO that eventually appeared to cloak itself and disappear about 8:40 p.m. on September 25, 2014, according to testimony in Case 60101 from the Mutual UFO Network (MUFON) witness reporting database.

The reporting witness and his wife were driving south out of Elkins on Beverly Pike when two bright orange lights were observed low in the sky. 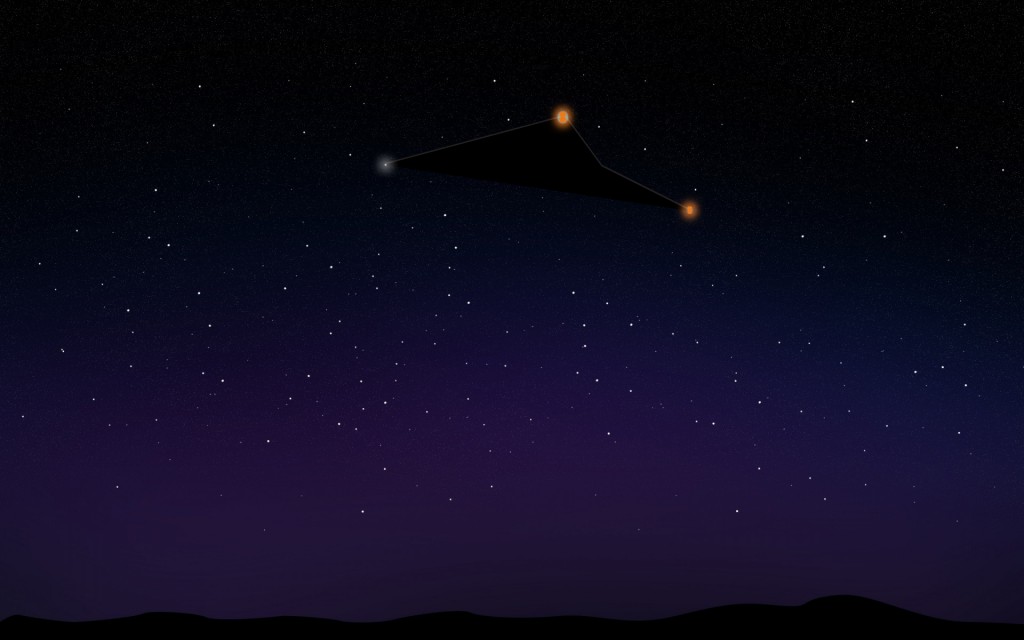 The couple moved closer to the object.

“We watched the lights get closer and appear level as the object was traveling due north in the opposite direction of travel from us. We noticed a third, dim white light in the front of the object, thus forming a triangle of lights with the two orange orbs to the rear/side.”

“As we got closer I noticed the orange lights were hourglass-shaped. Last night was very clear and devoid of any cloud cover. This made it possible to discern the shape of the object was indeed a triangle, flat black in color, reflecting no light.” 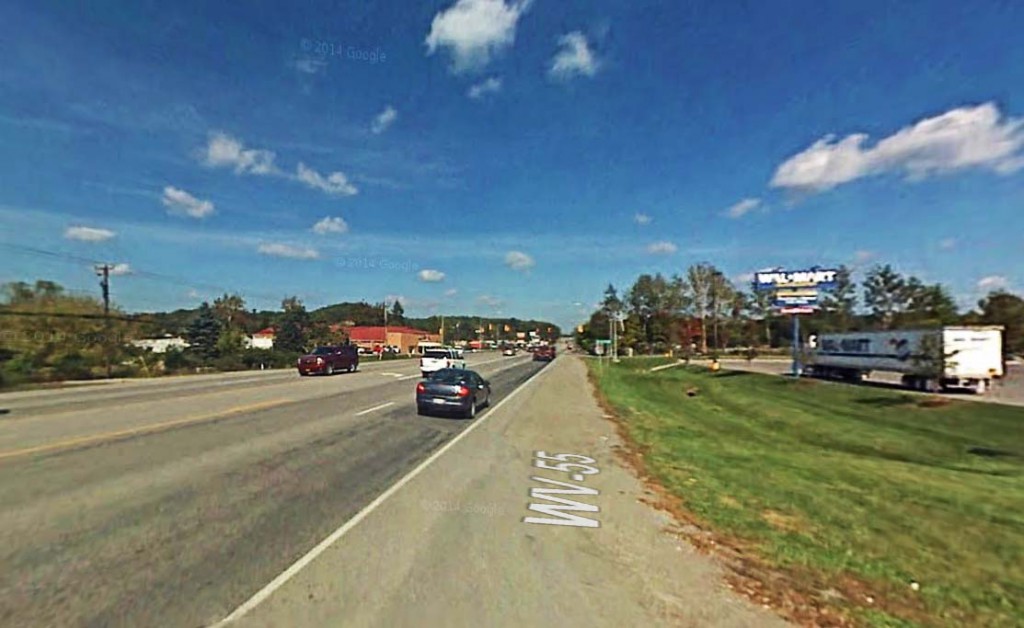 The witness believes there may be many more witnesses out there.

“This is a heavily populated area with many brightly lit businesses. The object traveled directly over a huge shopping center with Wal-Mart and several neighborhoods. We pulled over at a Ford dealership to observe and watched as the object slowly passed by – much too slow for even a small Cessna and at a low altitude.”

The object was low enough in the sky for a good look.

“The altitude was roughly slightly lower than that of which an airplane would be if it was about to land. I’d estimate speed at around 30-40 knots. The scale of this thing was huge! It’s ‘wing’ span I would estimate around 100 yards. I am very familiar with general aviation and military aircraft and this was neither. I saw no discernible control surfaces, canopy, windows, or any other feature – just flat black with two orange lights and one white, dim light.”

The object did not appear to move away, but just disappeared.

“As the object passed by us, it disappeared as if using a cloaking device. All we could see was stars. Again, this is a very heavily populated and bustling area. Anyone traveling south on the Beverly Pike between 8:35 and 8:40 would have seen it, as it was flying parallel with the five-lane on the Wal-Mart side of the highway.” 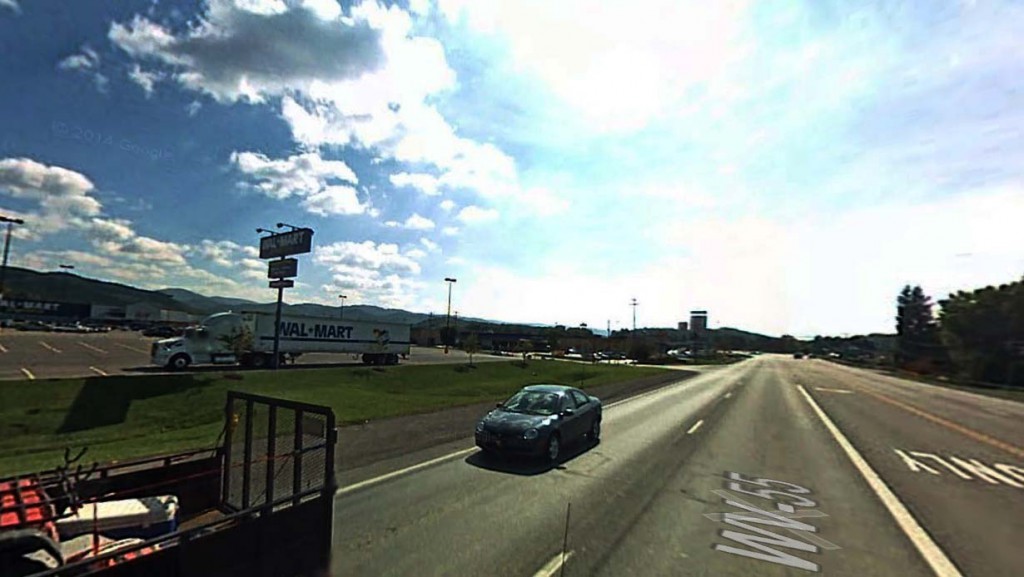 The object did not appear to move away, but instead seemed to cloak itself and disappear. Pictured: Elkins, West Virginia. (Credit: Google)