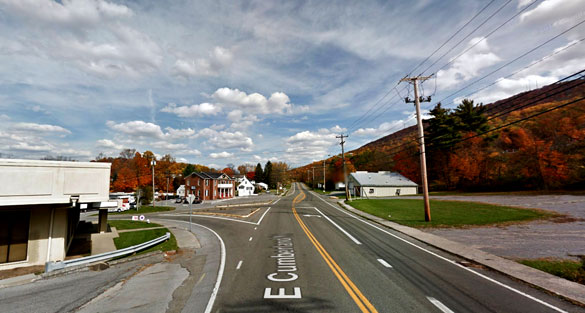 A West Virginia witness at Bluefield reported watching two large, triangle-shaped UFOs in the night sky with a “black hole” in the center of the smaller object, according to testimony in Case 67345 from the Mutual UFO Network (MUFON) witness reporting database. 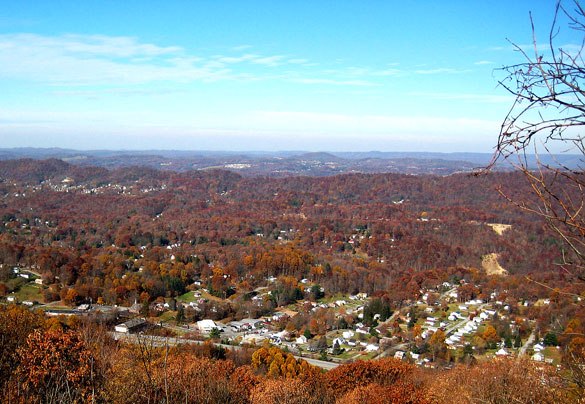 The witness first noticed a single object in the sky with lights at each of its three, triangular points. Pictured: Bluefield, WV. (Credit: Wikimedia Commons)

“The solid white lights formed the three points of a triangle at first,” the witness stated. “The faint outline of a structure between the points was barely visible.”

The lights on the object then began to turn off in sequence.

“As I continued to watch, the lights at the points of the triangle all turned off, the point at first, and then the others in sequence. The object then proceeded to move slowly to the northwest without sound.” 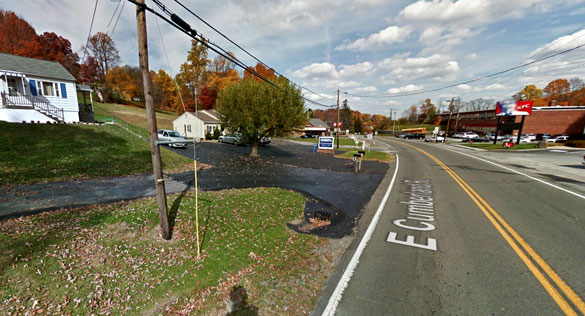 The witness watched the lit points of the triangle turn off in sequence. Pictured: Bluefield, WV. (Credit: Google Map)

But the witness noticed one additional feature to the object.

“There appeared to be at one point, a large, dark hole in the center of the object. I observed it for in excess of 45 minutes as it slowly moved away.”

Then a second object was visible.

“As it moved away, a second, larger, similarly triangular object was observed, remaining stationary, to the northeast. I continued to observe it for an additional 30 minutes, during which it never moved.”

This second object also had lights.

“The lights on this object blinked alternately red to white and back with a blue light every third or fourth pulse. It appeared to be up to 15 times larger than the first object observed.” 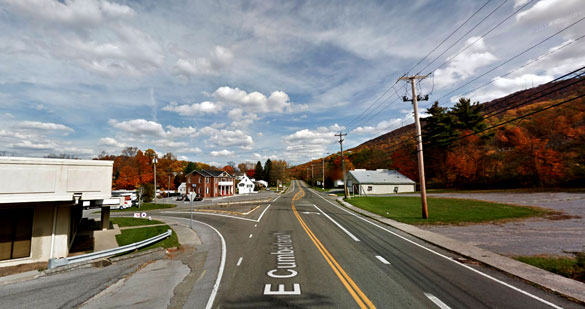 As the first object moved away after 45 minutes, a second, larger UFO was seen. Pictured: Bluefield, WV. (Credit: Google Maps)

The witness attempted to take photos, but was not successful.

“Digital photographs were taken, but nothing appears on the LCD screen. I will have them developed and see if anything is on them.”

Bluefield is a city in Mercer County, West Virginia, population 10,447. Please remember that most UFO sightings can be explained as something natural or man-made. The above quotes were edited for clarity. Please report UFO activity to MUFON.com.