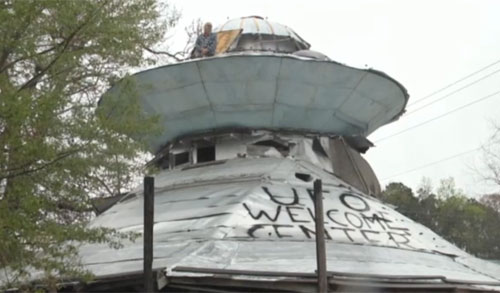 A new UFO exhibit was scheduled to open on Thursday, April 4 in Myrtle Beach, South Carolina. But according to ABC News 4 in Charleston, the opening of Encounters: The UFO Experience was postponed until at least Saturday, April 6 because “some exhibits did not arrive in time.” 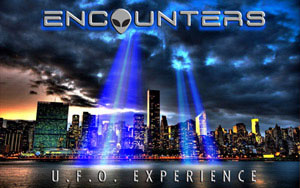 But MyrtleBeachOnline.com explains that, despite the delayed opening, kick-off festivities still took place on April 4, including special presentations by nuclear physicist and UFO researcher Stanton Friedman who “spoke in the morning as part of a preview tour of ‘Encounters’ and at a public lecture midafternoon nearby at Legends in Concert.”

But Encounters: The UFO Experience is not the only UFO attraction currently in South Carolina. CNN posted a video story on Friday, April 5 about Jody Pendarvis, a one-man extraterrestrial welcoming party. Pendarvis built his UFO Welcome Center in Bowman, South Carolina twenty years ago to “give aliens a friendly welcome to Planet Earth.”