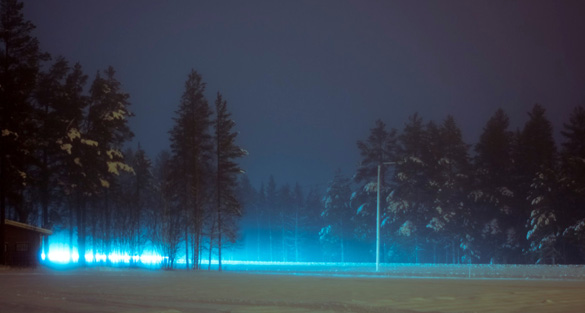 In the late 1960s, Pudasjärvi, a town in Finland, experienced a wave of UFO sightings. Maria Lax, who studied cinematography at the London Film School and splits her time between the U.K. and Finland,  is a photographer with roots in Pudasjärvi. During a recent visit, she found a collection of first person accounts of some of these sightings and they have inspired her latest work.

The collection of UFO sighting accounts was composed by Maria’s grandfather, Soini Lax, He titled it Pudasjärven Ufot. Soini was a journalist and gathered the accounts in the 70s. They range from sightings of mysterious lights in the sky, to reports of seeing strange creatures, to claims of alien abduction. 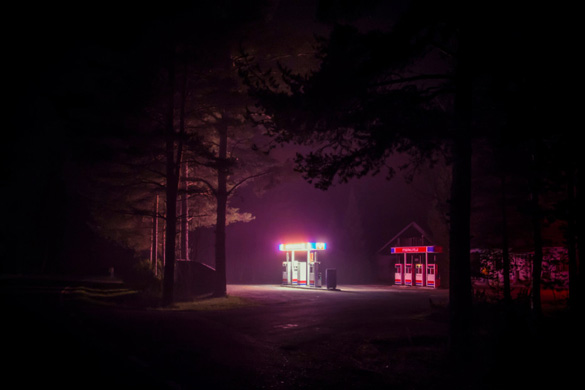 “The area is surrounded by a huge wilderness so you can imagine how eerie something like that is,” Lax told Wired. “The people often describe these lights as beautiful and changing in color, and completely silent. There were also some people who claim to have been abducted, and some of the stories that are quite scary – but I’ll hold on to those ones for now.” 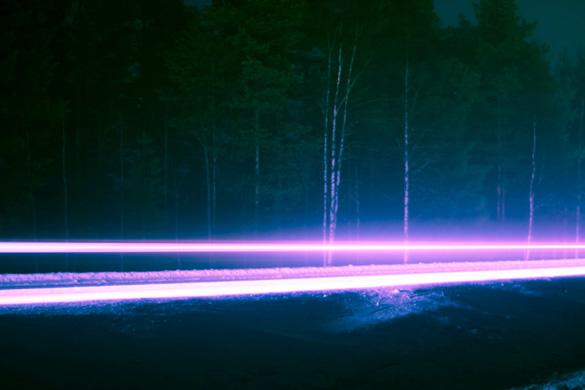 Maria was so moved by the stories that she decided to take photographs inspired by the sightings. She began to seek out the witness, but she says she did not wish to recreate the sightings. Instead, she wanted her picture to project, as Wired explains, “a sense of what those people experienced.” 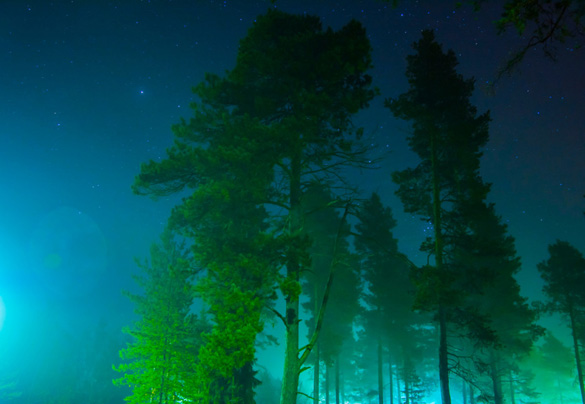 She has posted the photos from this ongoing project on Instagram, and is working on a related film called Lights.

“I’m not a skeptic, I think there might be something out there,” she says. “As one of the people told me, it would be really arrogant to think that in a universe this big that we would be the only ones.” 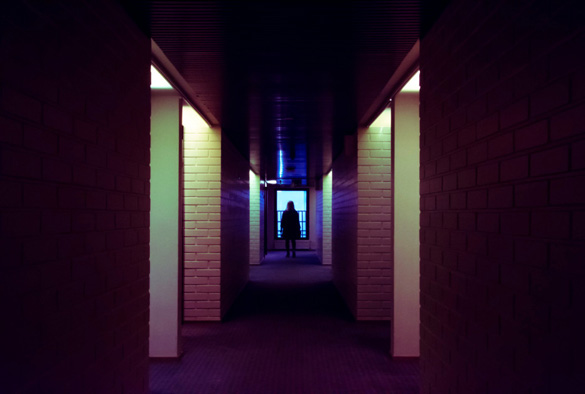 Her film will not be about convincing people of the UFO phenomenon. Wired writes that it is more about examining “nighttime and the loneliness that seems to accompany it.”