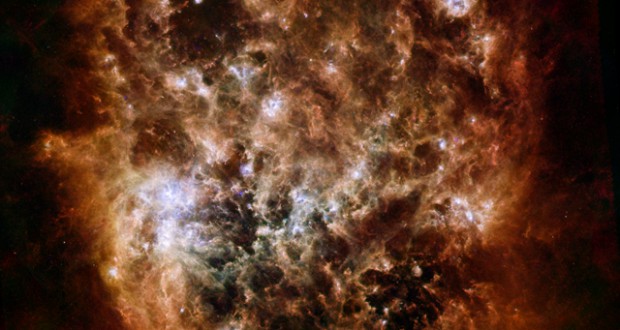 Water in stardust suggests widespread life in the universe

Scientists have determined that stardust contains water, a discovery that suggests the universe is rife with life.

Although scientists have previously suggested that dust grains floating through our solar system contain water, it has actually been detected for the first time in the results from a recent study. A research team that includes John Bradley of the Lawrence Livermore National Laboratory in California inspected the outer layer of interplanetary dust particles collected from Earth’s stratosphere. Using ultra-high-resolution microscopy, the team inspected the tiny specks of space dust and discovered pockets of water just beneath the surface. 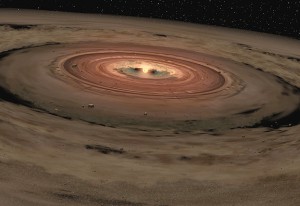 Researchers concluded that the dust is mostly composed of silicates–an oxygen-containing compound. New Scientist describes how scientists speculate the water forms: “As stardust travels through space, it encounters the solar wind. This stream of charged particles including high-energy hydrogen ions is ejected from the sun’s atmosphere. When the two collide, hydrogen and oxygen combine to make water.”

According to New Scientist, “Combined with previous findings of organic compounds in interplanetary dust, the results suggest that these grains contain the basic ingredients needed for life. As similar dust grains are thought to be found in solar systems all over the universe, this bodes well for the existence of life across the cosmos.”