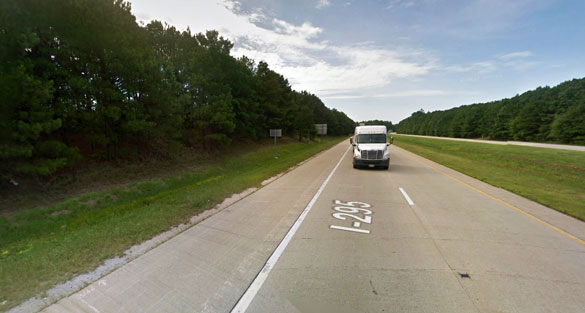 A Virginia witness in Petersburg is considering that a UFO following her vehicle along I-295 north may have hit another vehicle and caused an accident, according to testimony in Case 65853 from the Mutual UFO Network (MUFON) witness reporting database. 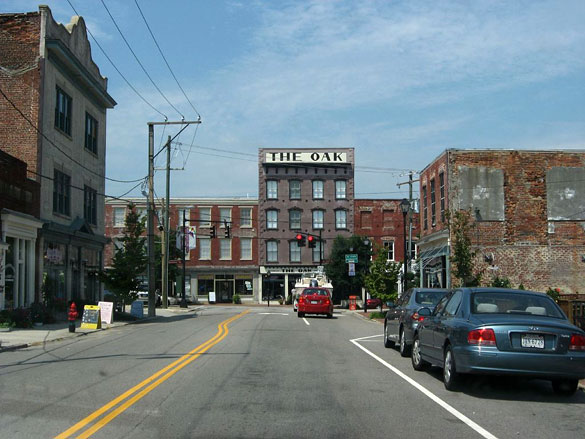 The witness had just left a Petersburg hospital at 2:49 a.m. on April 12, 2014, and was heading toward Hopewell along I-295 northbound with no other traffic in sight when the incident occurred.

“I look up in my rearview mirror and see this light off in the distance, not thinking anything of it because I thought it was just another car,” the witness stated. “I had only looked away for a few seconds, but when my eyes met my rearview mirror again the light had gotten so much closer that there was no way possible it could have been a vehicle at that speed.” 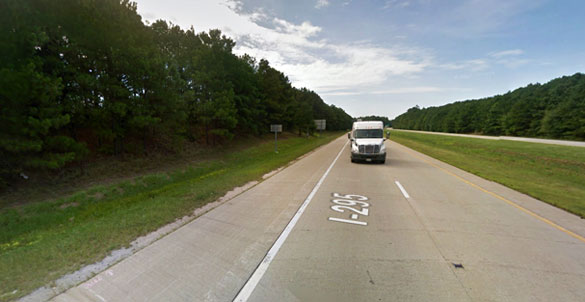 The witness tried to outrun the object along northbound I-295, but the object kept pace with her vehicle. Pictured: A stretch of I-295 in Petersburg, VA. (Credit: Google Maps)

The witness watched as the light seemed to be getting closer and closer and she noticed a round, bright, pulsating light on the object.

“I was starting to get quite nervous. I start to speed up, but the faster I got the closer it got by this time I’m really starting to be scared thinking that my life can’t end this way and then I see another vehicle traveling southbound.”

The witness was trying to outrun the object until she noticed the other vehicle was now parallel with her vehicle.

The witness said she was relieved that the object hadn’t gotten to her first.

“I finally make it home confused and shocked. I couldn’t sleep. Later that morning I was driving my Dad and stepmother up to the hospital to see my mom and while on I-295 south we see approaching cop cars, ambulances and fire trucks. We all three get to see this van that is upside down hanging in a tree with a big hole in the side that looks as if it was burned into the van .” 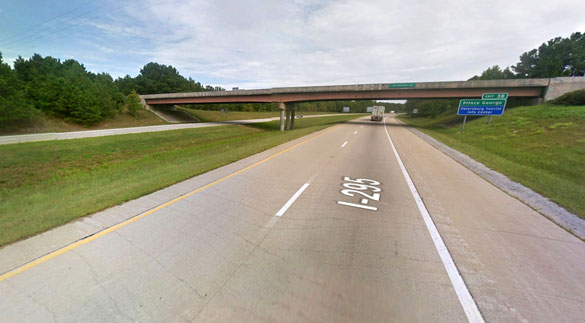 As object made a sharp turn and disappeared at the same time a vehicle passed her going the opposite direction. A stretch of I-295 in Petersburg, VA. (Credit: Google Maps)

Later they drove by the same area and nothing was there.

“When we left the hospital everything was gone from the spot. I searched for weeks on any info regarding an accident at that location and date, but I couldn’t find the slightest clue anywhere. I’ve only told a select few in my family and another site because of the fact people change their views about you if you say stuff like this. Then I started watching the show on TV and seen similar stories.”

Petersburg is a city in Virginia, population 32,420. Please remember that most UFO sighting can be explained as something natural or man-made. The above quotes were edited for clarity. Please report UFO activity to MUFON.com.