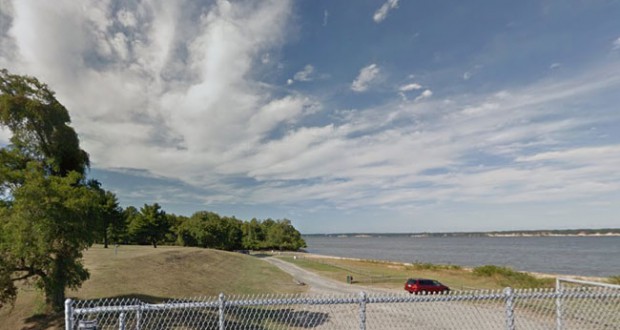 A Virginia witness reported watching a “large, rectangular object with lights in front and rear flying low near the Potomac River” crossing Route 301 near King George, according to testimony in Case 64920 from the Mutual UFO Network (MUFON) witness reporting database.

“At first glance I thought the lights might be from the wings of an unusually low-flying, very large airplane, but I quickly realized that this was not an airplane,” the witness stated. “I watched the lights more intently trying to figure it out, and thought that maybe it was two planes flying in sync with each other.”

The witness quickly ruled out the idea that it was two airplanes flying together.

“No, couldn’t be that either, especially considering the positions of the lights and the fact that the lights on the front and the back remained perfectly equidistant from each other the entire time the object flew by.”

The object appeared to be a rectangle.

“From my view this object seemed like a large rectangle. The shorter ends had white lights, three (or maybe more) across the front and at least two on the back with one red light blinking in the middle of the rear (between the white lights). The object seemed very large because of the diminishing perspective of the row of lights, which at first made it seem like it was tilted at an angle, but then I realized it was actually a row of lights covering a long length (the way a long fence seems smaller and at an angle the farther away it is from the viewer).”

“The two rows of lights remained equidistant from each other the entire time the craft passed by. It was definitely not two planes flying in sync with each other, which my rational mind was trying to make work as an explanation. It floated very smoothly in a straight line from the right of my line of vision to my left. It was dark in the area between the lights. Though I seemed to be able to see ‘sky’ between the two rows of lights, I don’t remember actually being able to see stars.”

“It was like a large rectangular piece of glass floating by with lights at both ends. It seemed to be flying parallel to the Potomac River on the Virginia side, crossing Route 301, maybe heading toward northern Virginia or Washington, DC.”

The witness speculated on the object’s size.

“My reaction? ‘What the hell is that?’ Awe and curiosity. I felt a little giddy and excited. I also felt some frustration that I didn’t have anything with me that could take a photo and that I had no place safely to pull over for a better view.” 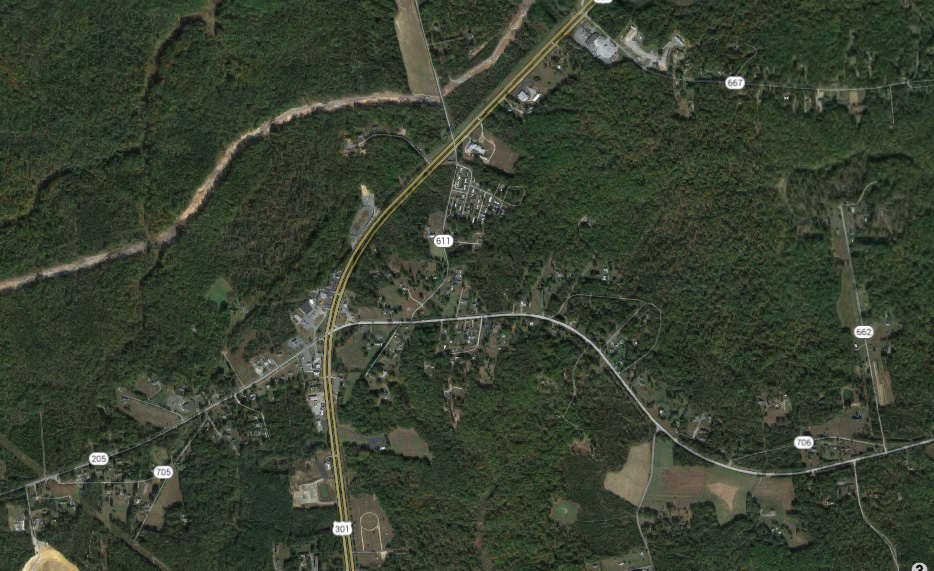 The object appeared to be rectangular in shape and was flying very low. Pictured: Route 301 near King George, VA. (Credit: Google)

The object was unusually silent.

“I kept expecting to hear a loud engine, but never heard anything at all. I even opened my car window because I felt like I should be able to hear it. But I heard nothing but my own car. About 3-5 minutes passed from the time I noticed its approach from the front right of my view until I couldn’t see it anymore on my left (trees in the way). Very interesting.”