A Tennessee witness at Nashville reported watching a “bright orange line in the sky” that appeared to be two separate lights when videotaping zoomed in, according to testimony in Case 78626 from the Mutual UFO Network (MUFON) witness reporting database. 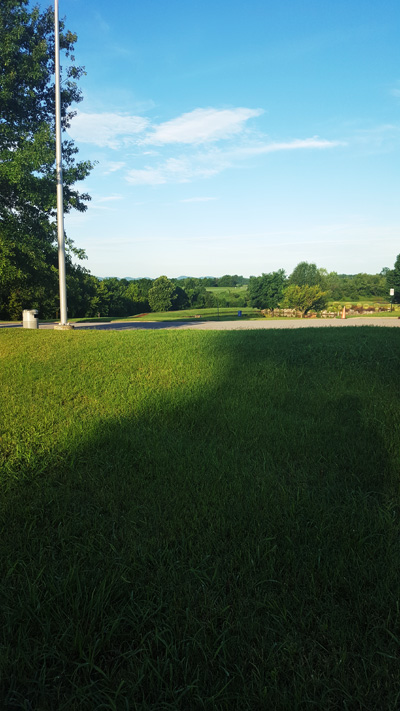 Daylight photo from the witness perspective while videotaping the object. (Credit: MUFON)

“I walked to my normal spot for smoking and noticed a very bright orange light in the sky unlike anything I had ever seen before,” the witness stated.“The brightness of it was what got my attention, the way it was glowing and the color made it look like a street light, but I’ve never seen one that way and this thing looked way too big for that.” 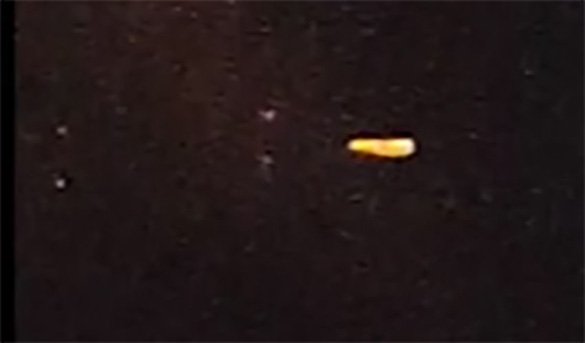 The witness searched for a rational explanation to the light.

“My first thought was that it may be the moon behind cloud cover, but the moon was almost directly above me at the time and there was no cloud cover that night. I still haven’t thought of anything else it might be. I couldn’t make out any features on the object, as it was very dark and the object was far enough away that I wouldn’t be able to see any details on it.”

“The lights on it seemed to cover up any details I might have noticed. I had my phone out and was recording video of it, and when I was zoomed in I noticed it looked like two separate lights with a small gap in between them. The whole time it was here, it never moved. After about a minute, the object began to shrink and gradually turned pure white. After about two minutes, the object faded away and I lost sight of it.”

The witness felt different prior to the sighting.

“A couple hours before the sighting, while in the office I started feeling uneasy. It felt like something was watching me from just out of sight, and I felt like I was in danger, and that something bad had happened, or was about to happen. I have never felt like that at work before and ignored it and followed my usual routine. This feeling persisted from roughly 9 p.m. to around midnight. When I saw the object, my first reaction was that feeling of fear, but it was quickly replaced by a feeling that I needed to record as much of this as I possibly could.” 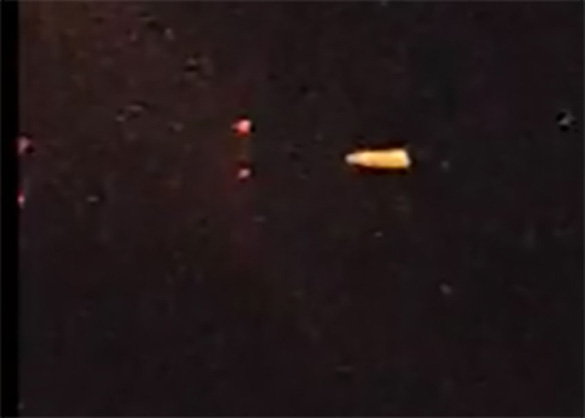 The witness was calm after the sighting.

“After the object disappeared, I felt strangely calm and peaceful for the rest of the night. I lost sight of the object when it slowly faded away roughly two minutes after I first saw it. I’m not sure if it was still there but out of sight, or how long it had been there before I saw it. Shortly after it disappeared, I heard several loud popping noises in quick succession from its direction, but I am not sure if the sounds are related to the object or not. Do note that the video I have attached contains profanity, and I do not know anything about editing videos.”

Tennessee MUFON Chief Investigator Angelia Sheer and Field Investigator Roy Messer closed this case as an Unknown. Please remember that most UFO sightings can be explained as something natural or man-made. The above quotes were edited for clarity. Please report UFO activity to MUFON.com.