A witness captured video of a UFO over Charlotte, North Carolina.

Luis Rodriguez was walking his dog at approximately 7:30 p.m. on the night of Saturday, October 11 when he noticed the unusual aerial object. NBC Charlotte reports that, after watching the UFO move through the sky, Rodriguez “believes it was a UFO, a spaceship of some sort.”

“Tried to make sense of it just like any other rational person would,” he states. “I thought it was a plane or some sort of aircraft that was just flying really low.” 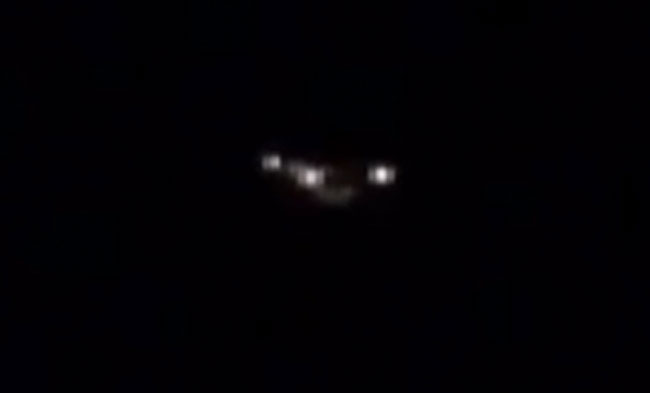 The station sent Rodriguez’s video to Catherine Qualtrough, Observatory Director and Astronomy Lab Manager at the University of North Carolina at Charlotte (UNCC). She opines that the object in the video looks strange, but she states, “Of course, normally in these situations, we find a simple explanation.”

Looking for that simple explanation, NBC Charlotte reporter Dan Yesenosky considered the possibility that the UFO sighting could be related to an event taking place nearby at the same time as the sighting.

The Bank of America 500 NASCAR race occurred at Charlotte Motor Speedway the night of the sighting. And the speedway is just minutes from Rodriguez’s apartment. The race, which began at approximately 7:48 p.m., was preceded by a flyover by Team AeroDynamix. And video of this flyover strongly resembles the UFO seen by Rodriguez.

Yesenosky showed video of the flyover to Rodriguez, who acknowledges the similarity to what he observed in the sky. But he’s not completely convinced. “I didn’t see different aircrafts together,” he explains to NBC Charlotte. “I saw just a perfect V-shape, slim V-shape up above the sky.” But from his vantage point, it’s understandable how he could view the close flying of Team AeroDynamix as one craft.

Representatives from the Charlotte Motor Speedway and Qualtrough from UNCC agree that the flyover is most likely the v-shaped UFO Rodrigues captured on video.