A Nevada witness at Pahrump reported watching and videotaping a “very large and hovering” triangle-shaped UFO for 30 minutes, according to testimony in Case 57988 from the Mutual UFO Network (MUFON) witness reporting database. 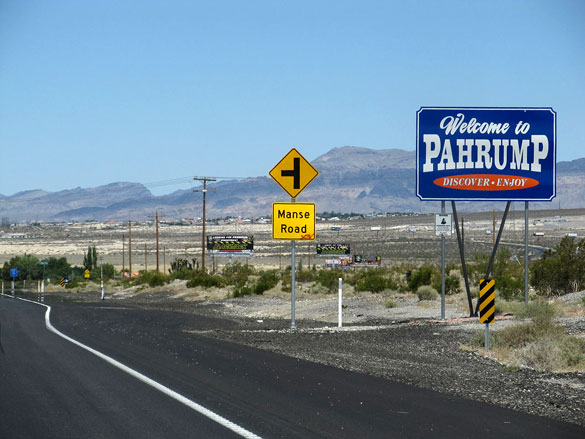 The witness was in his backyard just before 9 p.m. on July 12, 2014, when his wife pointed out an unusual object in the sky.

“The Object was dark and appeared to be very large and hovering and moving,” the witness stated.“We filmed for about half hour before it got too dark to view it.”

“We heard no noise and we observed flashing lights of white,green and red. I have never seen anything like this and in itself was pretty amazing to watch and film. I used my camera phone so the video quality is very poor.” 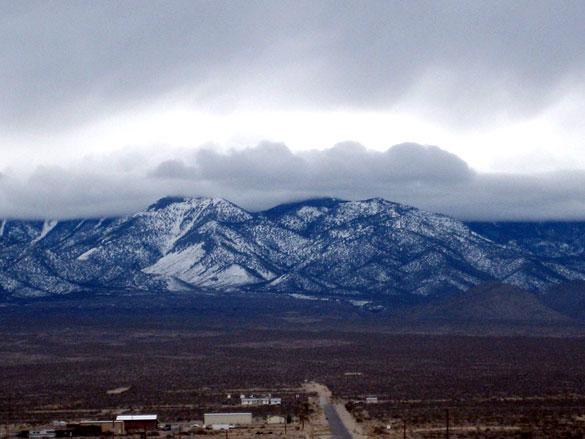 The witness stated that the object was very large and was making no sound. Pictured: The mountains from Pahrump, Nevada. (Credit: Wikimedia Commons)

“We are not claiming this object is extraterrestrial, but it’s definitely by all definitions is a UFO. If you witnessed what we saw, you would have been in awe like we were.I looked for any logical explanation to what we were witnessing before putting this out there for us to be ridiculed.”

The witness followed up the next day. 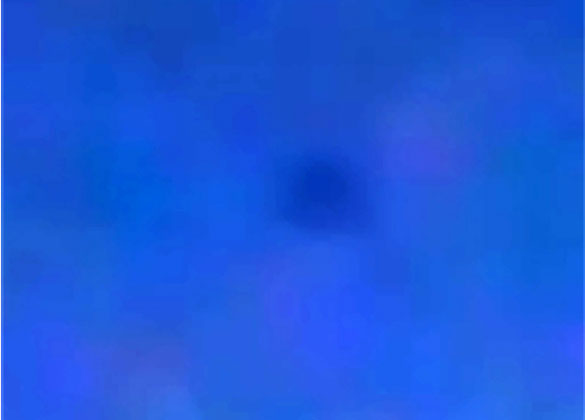 Cropped and enlarged still frame from the witness video shows a very fuzzy view of the triangle-shaped object the witness said was visible hovering in the sky to the naked eye. (Credit: MUFON)

“This morning, first thing we did was to go outside and see if we could see anything similar in the sky and everything was normal as to be expected.”