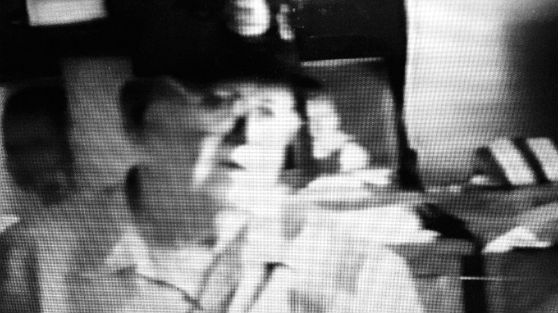 Philip Mantle and I released the testimony of a new Roswell witness, the late Deputy Sheriff Charles Forgus, in the new book, UFOs TODAY, 70 Years of Lies, Misinformation and Government Cover-Up, in June 2017. Deputy Forgus thought that he had witnessed the UFO crash at Roswell in 1947. He had been the Deputy Sheriff in Big Springs, Texas, after serving in the military during WWII.

He was en-route to Roswell with the Sheriff to pick up a prisoner. When they approached the Roswell area, they heard about the crash on the police radio and were able to find the roads to this area. When they arrived, they observed the recovery of a 100-foot diameter round craft and four strange-looking dead bodies before being told to leave the area by the military. This testimony was given to a US private investigator by the name of Deanna Short in 1999. Unfortunately, she has also passed away. There is a video interview of Deputy Forgus where he details these events which runs for approximately 16 minutes. 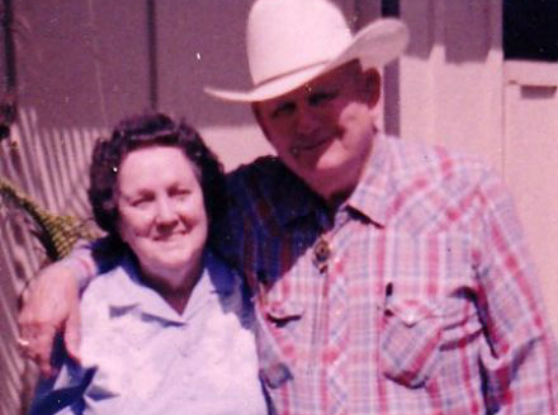 Thus, the crash might have happened in 1947, which was the time that Deputy Forgus recalled that it was.

Glen said that Charles was very straight arrow and not impressed by false knowledge. He was a no-nonsense type of person, having been in law enforcement. He had been a police officer and in the military. Glen looked up to his father as a John Wayne kind of hero. During the war, Charles was in the army but on loan to the Navy and was a deep-sea diver. Charles and his crew would dive down and weld patches on the sunken ships so they could refloat them and get them out of the harbour. When MacArthur made his reappearance to the Philippians, there had been a lot of fighting and there were a lot of ships sunk in the harbour. One of the ships settled on a reef, and the wave action would rock it. The ship slipped off the reef, squashed him in the mud, and it took three days to get him out. 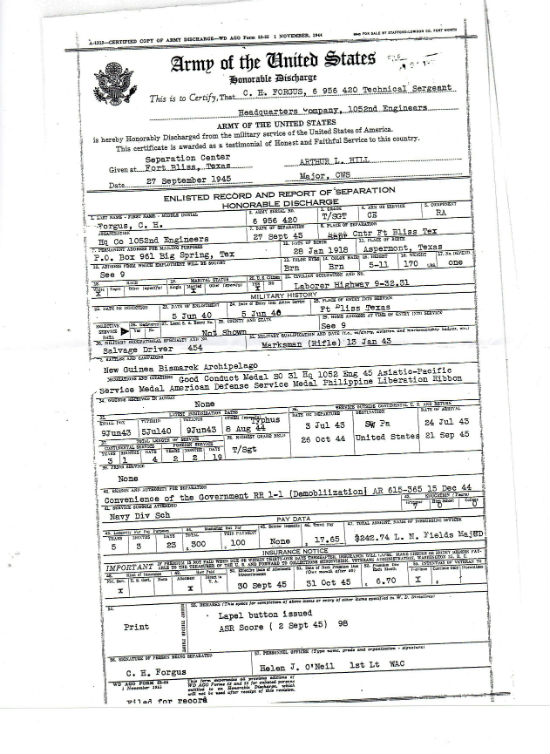 One main thing Glen emphasized was that his father was very honest and ethical. He was definitely not the kind of person who would make up a lie. Glen gave the same impression–he was very knowledgeable about current news and events and very civic minded. He had an electric car and powered it using a wind turbine power generator.

Thus the possibility exists that Deputy Charles Forgus did see the crash in the time frame that he reported. Charles had said that neither he nor the person he was with talked about it much, and this was likely because no one had heard of UFOs or Roswell at that time, which might help to further date the event. In addition, he did not recognize the uniforms of the attendant soldiers as Air Force, which did not did not become a separate military service until September 1947. 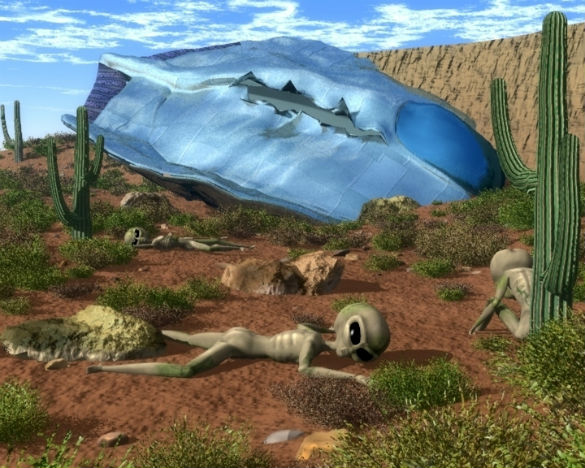 When we released the original information regarding the late Deputy Charles Forgus we were criticised far and wide despite the fact that we also pointed out the number of discrepancies in the testimony on tape. One well-known Roswell researcher simply labelled the testimony from Deputy Forgus as a lie. Now, we have information from a nephew and the son of this witness the latter of whom supports his late fathers story. Do doubt we will still be criticized but I think it is fair to say that we have now been vindicated in releasing this information and to continue to look for more.

Dr. Irena Scott received her PhD from the University of Missouri in physiology, did post-doctoral research at Cornell University, has been an Assistant Professor at St. Bonaventure University, and has done research and teaching at The Ohio State University, the University of Missouri, the University of Nevada, and at Battelle Memorial Institute. She worked for the Defence Intelligence Agency and the Aerospace Center in satellite photography, was a volunteer astronomer at the Ohio State University Radio Observatory, and has taken flying lessons. Her publications include books, and works in scientific journals, magazines, newspapers, and she was a correspondent for Popular Mechanics magazine. She served on the MUFON Board of Directors (1993 to 2000), is a MUFON consultant in physiology and astronomy and a field investigator. She co-edited eight symposium proceedings, has been a State Section Director for Ohio MUFON, was a founding member of the Mid-Ohio Research Associates (MORA) and its journal editor, and has published UFO material in books and journals (including scientific journals).

Philip Mantle is the former Director of Investigations for the British UFO Research Association and is the founder of FLYING DISK PRESS. He can be contacted at FLYING DISK PRESS: FlyingDiskPress.blogspot.co.uk.

UFOs TODAY – 70 Years of Lies, Misinformation and Government Cover-Ups by Irena Scott PhD is out now on Amazon. For more on this story, see Mantle’s original post on it here.