THE LANDING - Short Film from Perception Pictures on Vimeo.

A short film titled The Landing centers around the mystery of a 1960s UFO crash.

The film’s synopsis describes, “A man returns to the Midwestern farm of his childhood on a desperate mission to unearth the horrifying truth of what landed there in the summer of 1960.”

The movie depicts a UFO crash, witnessed by a father and his son. When the father investigates the crash, he discovers the craft’s pilot still alive. He drags this pilot to the barn and imprisons him there.

The curious son secretly goes into the field where the craft crash-landed to discover the mysterious sphere that made its fiery arrival on Earth. 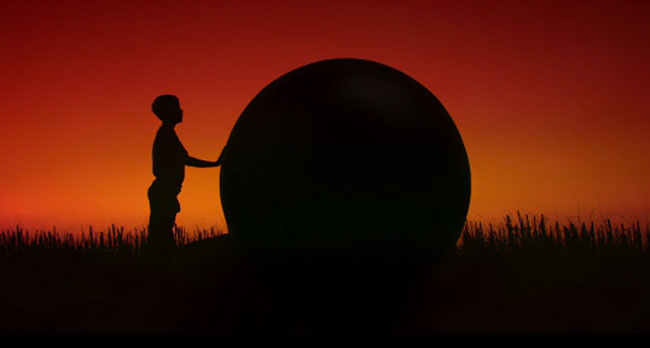 But, when he sneaks into the barn to catch a glimpse of the imprisoned pilot, the son discovers something completely unexpected.

The son discovers that the pilot of the UFO is a Soviet astronaut, not an extraterrestrial.

The Landing is more about Cold War paranoia during the space race than it is about UFOs. Still, it’s one of many stories that suggest Soviet spacecraft could potentially be responsible for some UFO sightings.

An example of a recent story about Soviets and UFOs that received considerable media attention is a claim made in the book Area 51, an Uncensored History of America’s TOP SECRET Military Base by Los Angeles Times editor Annie Jacobsen. In this controversial book, Jacobsen asserts that, according to a source, what actually crashed in Roswell in 1947 was a craft sent to the U.S. by Josef Stalin to incite mass panic. And it was allegedly filled with mutilated children, courtesy of Josef Mengele.

The Landing was directed by Josh Tanner and produced by Australian production company Perception Pictures.