The expressed purpose of the exhibit was to garner additional support for classified “black”, or SAR “special access required” programs. 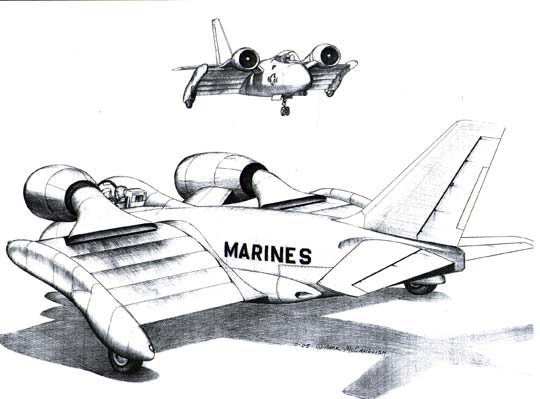 On November 12th, 1988 there was an open house/air show at Norton AFB near San Bernardino California. According to an aerospace engineer who witnessed the event, during an abbreviated Air Force Thunderbirds demonstration (which was cut short by hazy IFR conditions), a classified aircraft exhibit took place inside the “big hangar” at Norton AFB. This exhibit was attended by a small group of senators and congressman (Alan Cranston, George E. Brown Jr.), along with a select group of high level Air Force officers. The expressed purpose of the exhibit was to garner additional support for classified “black”, or SAR “special access required” programs. Many of these programs are hidden in the annual Department of Defense Budget report to Congress RDT & E (research development test and evaluation).

Among a group of classified aircraft in the hangar (which all had a small plaque in front of them with a brief performance description), an independent civilian aerospace contractor identified a very unique aircraft which he called the “Super-STOL”. Measuring 24 feet in length, with a wingspan of 22 feet, the Super-STOL was a “one off” single pilot Marine attack aircraft that utilized a 30mm GAU-8/A seven barrel Gatling gun located in the nose (identical to the Fairchild/Republic A-10 Thunderbolt “Warthog” tank-buster) which uses depleted uranium rounds. A slight bulge and slot aft of the lowest port wing root was used as an ejection point for spent round casings. The small aircraft used a unique tricycle/outrigger landing gear arrangement with a retractable nose gear. The craft was painted Marine gray in color and had a conventional tail arrangement. 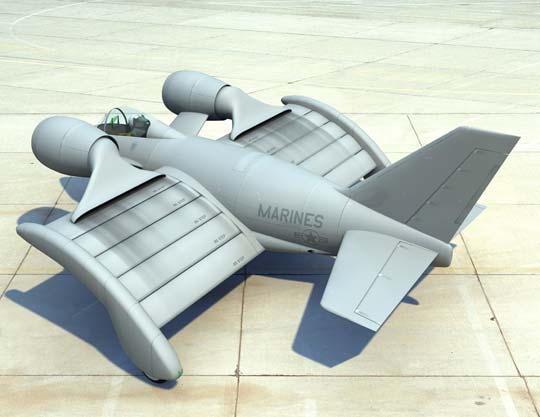 Target acquisition and flight performance data was projected on a standard HUD “heads up display” at the front of the cockpit. A conventional Air Force Aces II seat ejection seat system was used for emergency pilot egress. Mounted on a small pylon, one miniature turbofan engine was located on either side of the pilot’s compartment. At the back of each engine, a unique platypus exhaust duct was used to direct the jet blast directly over the top surface of the wing. The “wings” consisted of multiple slats (made of a heat resistant metal called inconel), and resembled “Venetian blinds”. The angle of attack of the wing slats could be adjusted up to 45 degrees by the pilot, which while level, permitted horizontal flight, and when fully tilted upward, joined trailing to leading edge, creating one smooth segmented surface, thereby taking advantage of the Coanda effect formed by the jet exhaust being directed over the top of the wing surface. The resulting low pressure/high lift zone allowed the craft to take off vertically even at maximum gross weight, and carrying a full load of fuel and ammunition.

Due to the fact that the fuel had to be stored inside the fuselage instead of using “wet wings”, the Super-STOL had a limited range of 250 nautical miles. Having a large RCS (radar cross section), and limited range, the Super-STOL would excel in low altitude ground attack and troop support missions. 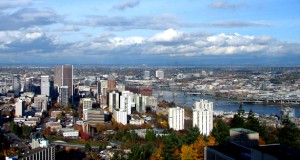 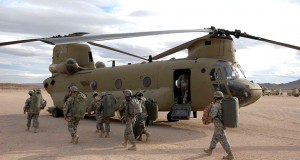 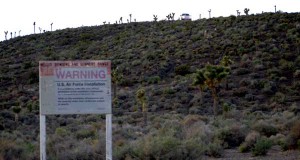