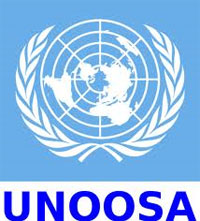 Jamshid Gaziyev, a spokesman for the agency, told FoxNews.com that “the mandate of the Office for Outer Space Affairs is defined by the United Nations General Assembly and there are no plans to change the current mandate.”

The initial story from the Sunday Times claimed that Othman would describe her new role as chief alien ambassador next week at a Royal Society conference in Buckinghamshire, England. According to Gaziyev though, Othman will actually be speaking about “space debris mitigation,” among other things.

Because of the conflicting stories, there is sure to be much attention given to Mazlan Othman’s presentation at the conference next week to hear what she does or does not say about the alleged ambassador position.