...the last batch of files includes correspondence between the Ministry of Defence (MOD) and two high level military officials who were adamant that UFO cases should be taken more seriously.

This story originally appeared on my Huffington Post blog.

Britain’s Ministry of Defence ceased to collect UFO reports as of December 2009, because, as they put it, “…in over fifty years, no UFO report has revealed any evidence of a potential threat to the United Kingdom.” However, the UFO files being released by the British National Archives contain cases that clearly should be of concern, and I am not alone in this opinion. In fact, the last batch of files includes correspondence between the Ministry of Defence (MOD) and two high level military officials who were adamant that UFO cases should be taken more seriously. 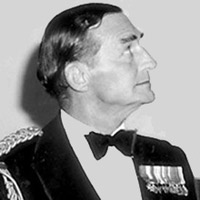 The highest ranking among those hounding the MOD about UFOs was Baron Hill-Norton, former Admiral of the Fleet (1970-71), Chief of the Defence Staff (1971-73), and head of NATO’s military committee (1974-77). Two years after his retirement in 1977, Peter Hill-Norton was made Baron and a member of the House of Lords. As you can see, Lord Hill-Norton was quite an impressive chap and known as a tough and aggressive leader. In other words, he didn’t take no crap.

At some point Lord Hill-Norton took an interest in UFOs, and was unsatisfied with the MOD claiming that they were of no concern. He badgered the MOD with questions, trying to get them to actively investigate important cases. There are over 300 pages of correspondence between Lord Hill-Norton and the MOD in the latest batch of UK UFO files.

Lord Hill-Norton took a particular interest in the Rendlesham forest case. In late December of 1980, several US servicemen witnessed UFO activity over a two day period near the bases of RAF Bentwaters and RAF Woodbridge, both on lease by the US from the UK. The Rendlesham forest surrounds the bases. One of the witnesses included Deputy Base Commander, Charles Halt, who was ordered to forwarded a memo on the incident to the MOD.

In a response dated October 22, 1997 to Minister of State for Defence, Lord Gilbert, who claimed the Rendlesham sightings were not of interest, Lord Hill-Norton wrote:

My position both privately and publicly expressed over the last dozen years or more, is that there are only two possibilities, either:

a. An intrusion into our Air Space and a landing by unidentified craft took place at Rendlesham, as described.

b. The Deputy Commander of an operational, nuclear armed, US Air Force Base in England, and a large number of his enlisted men, were either hallucinating or lying.

Either of these simply must be ‘of interest to the Ministry of Defence’, which has been repeatedly denied, in precisely those terms. They, or words very like them, are used again in your letter and I believe, in the light of the above, you would not feel inclined to sign your name to them again.

Further, Lord Hill-Norton pushed Lord Gilbert on the sensitive question of whether there were nuclear arms on the base, which would have been against their agreement with US. Lord Hill-Norton asked Lord Gilbert, “Whether they are aware of reports from the United States Air Force personnel that nuclear weapons stored in the Weapons Storage Area at RAF Woodbridge were struck by light beams fired from an unidentified craft seen over the base in the period 25-30 December 1980, and if so, what action was subsequently taken.”

Lord Gilbert responded, “There is no evidence to suggest that the Ministry of Defence received any such reports.” He continued that he intended “neither to confirm nor to deny where nuclear weapons are located either in the UK or elsewhere, in the past or at the present time.”

In 2001, Lord Hill-Norton asked that the MOD reopen its investigation into the Rendlesham forest incident. He was told, “No additional information has come to light over the last 20 years to call into question the original judgment by the Ministry of Defence that nothing of defence significance occurred in the location of Rendlesham Forest in 1980. Accordingly there is no reason to hold an investigation now.”

Clearly upset with this response, Lord hill-Norton replied, “I have now had time to have a proper look at your letter dated 22nd March, and I find it not so much disappointing as absurd. This for various reasons but mainly because you seem unable to grasp what we are arguing about.” Lord Hill-Norton continued, “There is a great deal more, now in the public domain which makes it beyond any possible doubt that the incident most certainly was of considerable Defence interest, and it is absurd of you to pretend otherwise.” 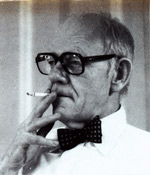 Ralph Noyes, who retired as the Undersecretary of State in 1977, was another British government official whose letters petitioning that the UFO matter be taken serious can also be found in the UK UFO files. In 1969 he was head of Defense Secretariat 8 (DS8), and one of his responsibilities was to answer public questions about UFOs. He says he was not able to share his true opinions on the subject. In the files he states:

It is only since I left the MOD (in 1977) that I have seriously tried to consider what may possibly lie behind the ‘UFO phenomenon’. It was impossible to discuss it seriously within the Department: I would merely have ‘rubbished’ my working relationship with the RAF and scientific colleagues if I had disclosed the interest I felt in the better reports which reached us. What I retain from my MOD experience — greatly reinforced by much that I have since read — is that the ‘phenomenon’ is veridical and important

There is one more British official of note in the files, who also disagrees with the stance that UFOs pose no concern. Nick Pope ran the MOD’s UFO desk from 1991 to 1994. In a recent article by Lee Speigel of the Huffington Post, Pope actually apologized for having to play down the importance of UFO sightings when responding to public inquiries on the matter while manning the MOD UFO hot seat.

In a recent Open Minds article on Ralph Noyes, Antonio Huneeus, suggested that some of the responses Noyes received from the MOD might have actually been authored by Pope. I emailed Pope to inquire about Huneuus’ suspicions, which Pope confirmed. He went on to write:

I had tremendous respect for Ralph Noyes, who I met on several occasions. He briefed me about his earlier UFO-related work at the Air Ministry and the Ministry of Defense. In many ways, we grappled with the same problem, albeit several years apart: we had official responsibility for a phenomenon that defied conventional explanation, but we faced a situation where we had to follow the official line that UFOs were of no defense significance. But this was Orwellian doublethink. How could it not be of defense interest, when our own radar systems were picking up these things, when jets were being scrambled and when both pilots and radar operators confirmed that these objects — whatever they were — were capable of speeds and maneuvers that defied conventional explanation? So we had a bizarre situation where we were telling the public that we weren’t interested, but behind the scenes, our scientific and technical intelligence specialists were desperate for data, hoping that solving the UFO mystery might enable us to make a quantum leap breakthrough in propulsion system technology, aerodynamics or a related field.

The ultimate irony was that it wasn’t just the public who were out of the loop. There were factions at the MoD on this issue. I was involved in work that led to the setting up of a highly classified study into the UFO phenomenon, codenamed Project Condign. But my successors didn’t enjoy the close relationship with the Defense Intelligence Staff that I’d had, and weren’t briefed on the study. When the final report was issued in 2000, it wasn’t copied to Directorate Air Staff, despite their being the division with the policy lead for UFOs! When the report was declassified and made public under the Freedom of Information Act, there was a farcical situation: it emerged that the people who had been sending out letters to the public saying that MoD didn’t investigate UFOs hadn’t been aware that, behind their backs, intelligence staffs had been doing the very thing that the civil servants had been telling parliament, the media and the public that we didn’t do.