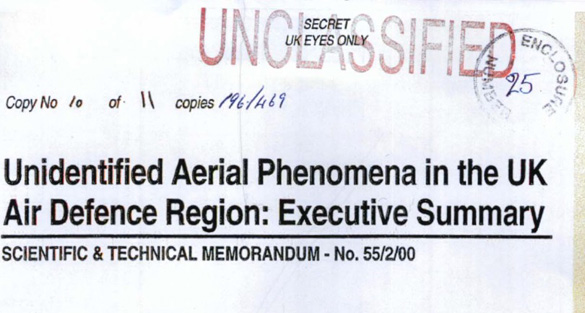 A witness to the UK’s most famous UFO sighting says he may be suffering from the effects of radiation, and in a recent press release, points out that a UK Defence Intelligence (DI) report suggests that he may have been exposed to UFO radiation. Meanwhile, the U.S. Air Force says they have lost his service and medical records from that time. 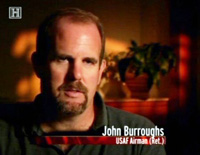 It was reported this week that the UK Ministry of Defence (MoD) has admitted that they will be releasing more UFO files, despite having said that they had already released all of their UFO files. This current revelation has been due to the efforts of John Burroughs, a military witness to the UK’s most famous UFO sighting.

Burroughs says he has been seeking official answers as to what he might have experienced that night in December, 1980 when he and others witnessed a UFO. At the time, Burroughs was a U.S. Air Force security officer stationed at RAF Bentwaters in Suffolk, which, along with nearby RAF Woodbridge, was on lease to the U.S. Air Force.

Since then he has had health problems and suspects that his UFO experience may have contributed to his condition. He says, “I have specific medical symptoms that are considered by some very knowledgeable people to be a fingerprint of a specific kind of radiation.”

It was actually a Freedom of Information Act Request (FOIA) he made in December that prompted the MoD to release these newly found UFO documents. However, coincidentally, the MoD did not actually post that information publicly until September 16, the day after Burroughs sent out a press release to many UK media outlets alerting them to his plight.

On the Mod’s weekly FOI responses site they posted a response to a letter by Andy Russell asking for the same files Burroughs was asking for, stating that they will release them, but it will take up to 9 months to process them first. Russell, a UK citizen, says he made the request after reading about Burroughs discussing the files at a talk in Sedona, Arizona.

Burroughs also discussed another intriguing UK UFO document that regards him specifically, and his medical issues. In December 2000, UK Defence Intelligence  created a secret report regarding UFOs. It was titled, Unidentified Aerial Phenomena in the UK Air Defence Region: Scientific & Technical Memorandum – No. 55/2/00. The memo was released to the public in 2006.

Burroughs points out that in Volume 2, on page F4, there is a discussion about the effects of “UAP radiation” on humans. UAP, or Unidentified Aerial Phenomena, is a phrase used for UFO. It states, ” The well-reported Rendlesham Forest/Bentwaters event is an example where it might be postulated that several observers were probably exposed to UAP radiation for longer than normal UAP sighting periods.”

The document also noted the effects of “UAP radiation” in the next section:

An important fact is that the reported effects of (presumed) UAP radiation on humans is that it is quick-acting and remembered – although, curiously, following the event there is little or no recall of events as a continuum. In short, the witness often reports an apparent ‘gaps’ or ‘lost time’ – often not accounting for up to several hours.

This section of the DI memo was shocking to Burroughs. He suffers from congestive heart failure, and suspects it has something to do with his years of service. Arizona Department of Veterans’ Services denied his claim in 2012 and told him there was no record of him being in the Air Force in 1980. They said his military records began in 1982. He had actually joined in 1979. In fact, he had to work with Arizona Senator John McCain’s office to get his records corrected. As reported by Billy Cox of the Herald Tribune, Burroughs was told by a McCain staffer, “It took a yeoman’s job to get your DD214 corrected, but we may never be able to gain access to the missing USAF medical records from 1979 to 1983.” 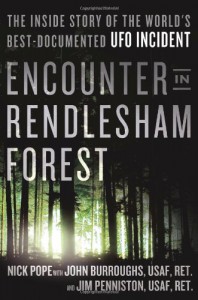 Another witness to the events, James Penniston, is having similar problems receiving his medical records. They believe their files have been deliberately tampered with.

Burroughs is frustrated by the whole affair, and continues to seek to get the UK and US governments to release what they know about the Rendlesham Forest incident.

He is also very concerned that he, as a witness/victim, has had to do all of this research on his own. In particularl, he wonders why researchers, such as Dr. David Clark, who helped get some of these files released and aided the UK National Archives with talking points on the UFO file releases, did not spot some of this.

Burroughs says, “Clarke was able to pick out information on key cases such as Rendlesham, offering for public understanding that the MOD thought the issue was settled, but did not include the part where they said observers experienced radiation and other side effects at Rendlesham.”

You can read more about this topic and the Rendlesham incident in the book Encounter in Rendlesham Forest, authored by Nick Pope, former MoD UFO investigator, with Burroughs and Penniston.