Locals to the castle ruins in Tulum, Mexico, might be wondering if their area is a UFO hotspot after a tourist videotaped an unknown object crossing the sky in May – 22 months after a Google street view camera caught a cigar-shaped UFO moving in the same area. 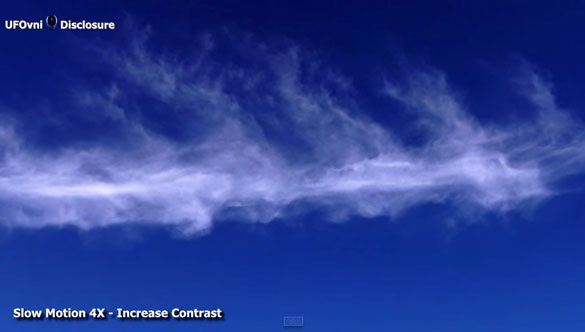 The object in this July 2013 video blends in with the cloud cover. The object is in the lower portion of the cloud just above the ‘T’ in “contrast’ above. (Credit: UFOvni Disclosure)

According to the video (seen above), a tourist stated that his wife was lying on the beach near the castle ruins in Tulum and reported “weird mysterious flashes” twice in the daytime sky. 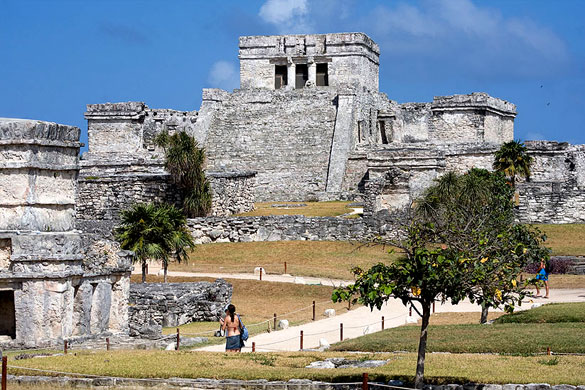 The woman’s husband then began videotaping the sky in the hopes of capturing the flashes, but instead caught what appears to be an object moving through the clouds.

The same spot was a point of curiosity in July 2013 when a Google street view camera caught what appears to be a cigar-shaped object moving over the same area.

In the July 2013 video, the object makes a 90-degree turn, hovers momentarily, and then disappears.

Tulum is the site of a Pre-Columbian Maya walled city. The ruins are situated on 39-foot-tall cliffs, along the east coast of the Yucatán Peninsula on the Caribbean Sea in the state of Quintana Roo, Mexico.