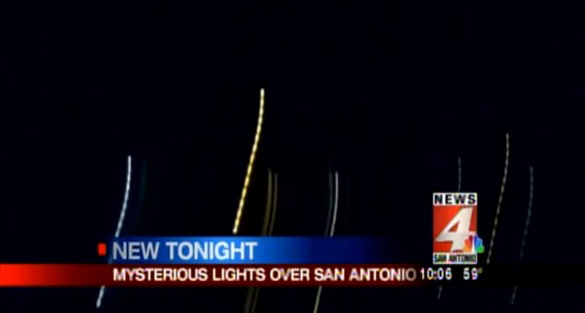 UFOs over San Antonio photographed and videoed this week

Two UFO sightings have been reported to the local San Antonio NBC affiliate this week. One witness captured video of bright orbs floating in the sky, while another witness captured images of bright lights that appear to streak across the sky. Authorities say the lights are most likely Chinese Lanterns. 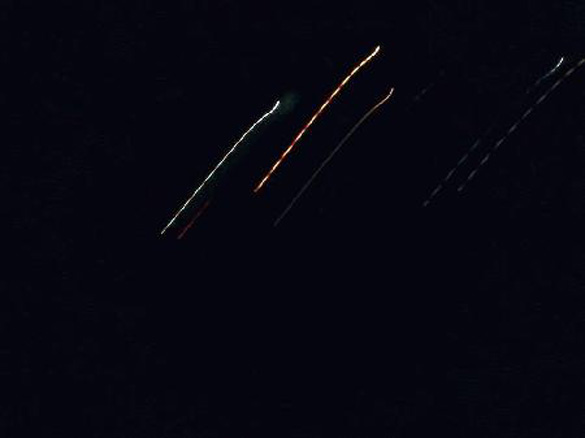 In WOAI News 4’s video report, two of the witnesses are convinced that what they witnessed was extraterrestrial. One witness said, “It was scary, but it was awesome too at the same time. Because you’re like seeing something; not knowing if you’re going to get zapped.”

She continued, “There is some kind of life out there and for some reason they are coming by.”

Another witness also expressed concern. She sad, “I think this is a scary situation when you got things flying in the sky you can’t explain.” 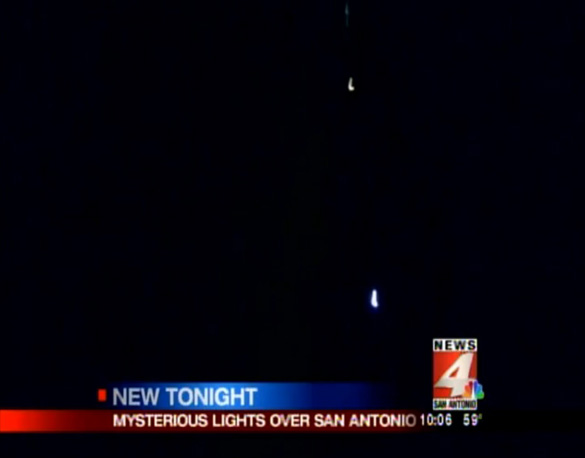 The first sighting was on Sunday. The witness says she saw the lights in the sky and informed her neighbor. She took pictures while he caught the lights on video. The lights were seen by another San Antonio resident the next night. This witness took pictures of the lights with her phone.

A representative from Join Base San Antonio, where the Air Force serves as the lead agency, said that the lights were not any of their aircraft. They suggested that the lights were Chinese Lanterns, which would account for the bright orbs. The streaking could be due to movement of the witness’s phone while she took the pictures.

You can watch WOAI’s report here.