Residents of Ripon, Wisconsin saw UFOs in the night sky on November 16. 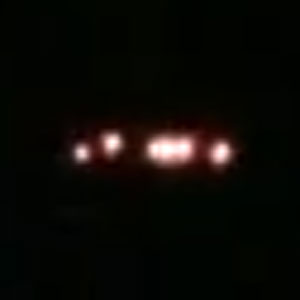 Residents of Ripon, Wisconsin saw UFOs in the night sky on November 16. According to the Ripon Press, “Suddenly, everything rumbled,” which caused residents to look towards the sky where they saw “strange, glowing lights” that “lit up bright, and then faded out in sequence.”

Ripon Police Chief Dave Lukoski claims he witnessed the event, but that it was a military jet. He described, “There was a screaming jet going over us.” Green Lake County Chief Deputy Mark Putzke said that there were no reports of UFOs in his jurisdiction that night, and representatives from the Wisconsin Air National Guard claim the Guard was flying missions over Ripon at the approximate time of the sighting on November 16.

But a video, supposedly of the same event, shows hovering lights in the sky fading out, then turning on again. The object(s) in the video don’t appear to be “screaming” military jets. So while the military has taken credit for the incident, this video doesn’t appear to support their story.