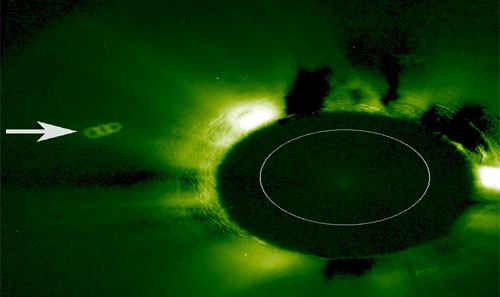 UFO entities have been observed forming three Archontic rings near our sun, as reported by a UFO magazine. In this report, the magazine has provided a few images and a YouTube video, which depict these rings.

The ancient Pagan Gnostics warned that the archons are artificial life forms, and tend to “appear in Threes” (reference: metahistory.org) and are an apparent part of an alien agenda associated with 2012.