A University of Arizona professor was intrigued by UFOs and actively investigated the phenomenon.

UFOs are ‘extraterrestrial probes’ according to university professor

Dr. James E. McDonald was a college professor and the senior physicist for the University of Arizona’s Institute of Atmospheric Physics in the 1950s and 60s. He was also intrigued by UFOs and actively investigated the phenomenon. 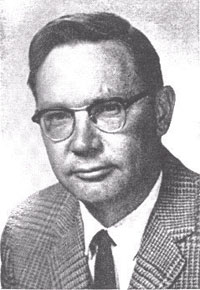 On Friday, March 23, the Arizona Daily Star published multiple stories from their archives about McDonald and his UFO research. In an article from 1958, McDonald comments on how the scientific community at the time ignored UFO research. He suggested the main reason for this was “the lack of proper data and the ridicule that sometimes follows the man who sees an unidentified object.”

A 1966 article titled “UFOs are ‘Real,’ physicist asserts” highlights a presentation given by McDonald to “more than 200 U.S. faculty members and students” in which he stated that UFOs are most likely “extraterrestrial probes.” He based this conclusion on his ten years of studying unusual atmospheric phenomena, in addition to six months specifically investigating UFOs.

During this same presentation, McDonald voiced his disgust at the Air Force’s official investigation into UFOs–Project Blue Book. He referred to Blue Book as a “scientific scandal,” and even called into question the scientific competence of the investigators involved.

In another article from 1969, McDonald also criticized the Condon Report, which was another Air Force-funded UFO study.

The full articles about McDonald can be read on the Arizona Daily Star’s website.