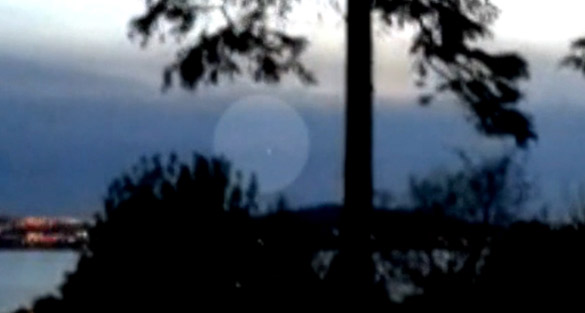 The Ralston family, in the town of Hollywood on the coast of the Belfast Lough, spotted a light moving erratically on the evening of May 23. They saw the light from their home between 9 and 10 pm, and felt it was interesting enough to film.

According to U.TV, the Ralston’s first thought was that perhaps it was a Chinese lantern, but they disregarded that idea because of the object’s quick jerky movement.

U.TV reports that UK traffic controllers were also not able to explain what was recorded in the video.

The Belfast Lough is a large, natural inter-tidal sea lough at the mouth of the River Lagan on the east coast of Northern Ireland.