Home / Articles / UFO News / UFO video from Sochi, Russia
A resident of Sochi, Russia recently captured video of a UFO in the night sky above the Krasnodar Territory. 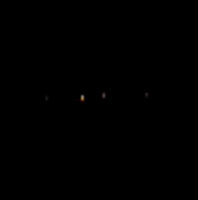 Sergey Kolpikov, a resident of Sochi, Russia, recently captured video of a UFO in the night sky above the Krasnodar Territory. The video shows flashing lights, and Kolpikov explained, “Whatever it was, they were quite large.” His UFO video footage was reportedly aired during a local newscast, which prompted other witnesses to come forward.

Another video from Russia continues to make headlines today—the video of the alleged dead alien body. As we reported yesterday, this video is widely considered to be a hoax, and new reports claim that police tracked down a teen boy who admitted constructing the “body” out of chicken and breadcrumbs. But these reports have yet to be confirmed by credible news sources.