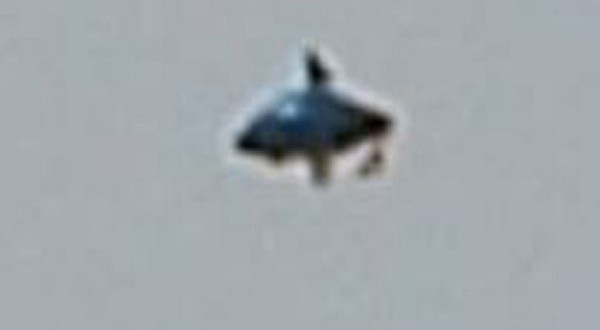 UFO swims through the London sky

A witness recorded video of a UFO floating in the sky above London, England on the afternoon of Monday, April 28. 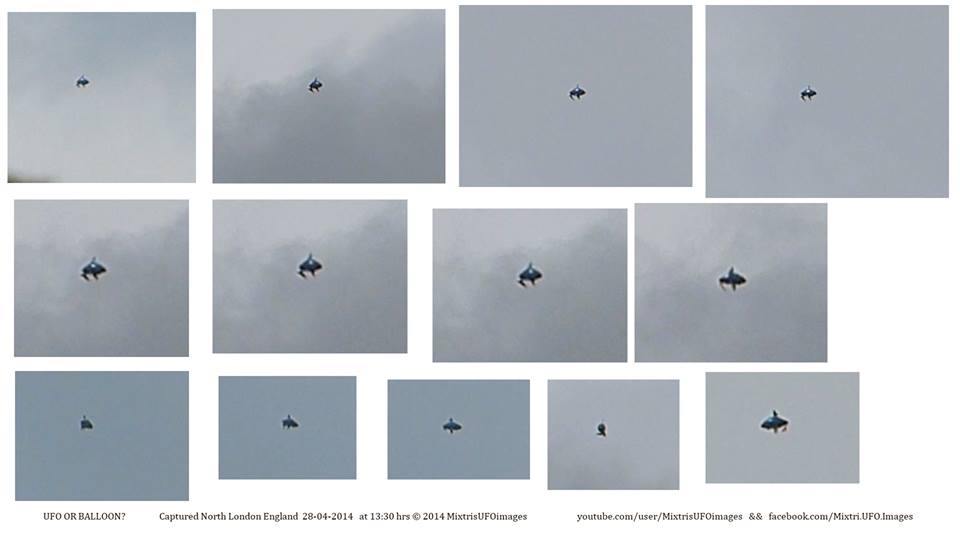 As the Daily Mirror describes, the witness saw the aerial object at approximately 1:30 p.m. in north London. The witness posted photos of the UFO to his Facebook account with the following description:

I captured this object a couple of streets away from where I live. The object appeared black in colour and was rotating as it moved along. I captured nearly 5 minutes of video before I lost sight of it floating in the direction of Highbury & Islington. I’m not sure what this object is. I thought it was a balloon, but there appears to be a light on it.

According to the witness, this UFO was a half mile away and approximately five hundred to one thousand feet off the ground.

Although the object’s appearance is unusual, it strongly resembles a helium-filled, remote-controlled shark toy. These are made for indoor use only. But they have been known to escape into the skies, drifting up and out of range of the remote control. 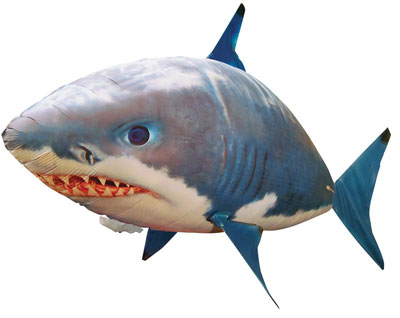 In December 2012, a passenger plane nearly collided with a UFO over Glasgow, Scotland. The Daily Record ran a story about the incident, which caught the attention of a local resident. He immediately responded to the paper to report that his son Billy lost his grip on his six-foot-long, helium-filled, remote-controlled shark toy at about the same time the incident with the plane occurred. A helium-filled, remote-controlled shark toy was also suggested as the likely identification for a UFO captured on video by a twelve-year-old girl in Ohio in March 2012.

The witness who recently observed the UFO over London states that the five minute video showing this aerial object will be uploaded to YouTube. But, at the publishing time of this article, the video has yet to be uploaded.

UPDATE: The witness uploaded the video to YouTube on Thursday, May 1.