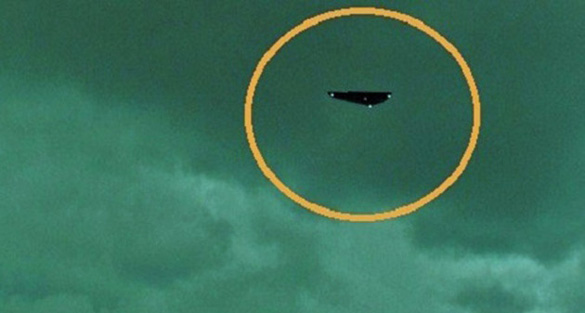 UFO cruises over home near London

A family in Lewisham, a suburb of London, says they spotted a UFO flying over their house. Although they did not get a picture, according to Kent News, one of the witnesses created the above recreation of what they saw using their computer.

The family says they are UFO buffs, and one of them was watching a UFO show when the sighting occurred.

Les Burlington says on February 22 he spotted a bright white light in the sky when he was putting out the recycling at about 8:45 pm. He called his son Andrew out to have a look. Andrew pulled himself away from a show on the Roswell UFO crash he was watching online to see what his dad thought was so impressive. 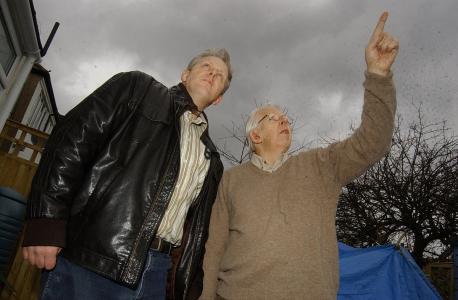 They noticed that there were actually two solid white lights. They report that one of them turned red for a second. They say the object moved slowly and changed directions several times.

Andrew told News Shopper, “Whatever it was, we all agree on one thing – it was being intelligently controlled.” He continued, ““The object circled over our garden a couple of times and above the roofs of two houses in Fossil Road before moving off in an easterly direction towards Kent [county].”

Andrew says his father looked at the object with binoculars, but could not see much because it was too dark. As they began to lose sight of the object, Andrew ran upstairs and watched it disappear off in the distance. 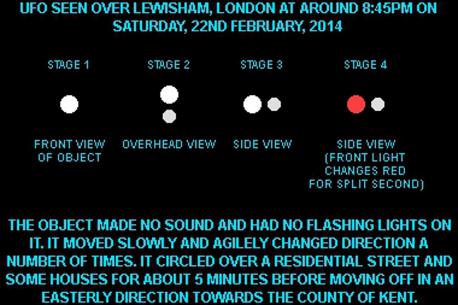 Graphic created by the Burlingtons with details of the sighting. (Credit: News Shopper)

Andrews says, ““What struck me most about the object was the fact it was completely silent and there were no flashing lights on it.”

They ruled out helicopters, airplanes, and Chinese lanterns because the object did not have flashing lights and changed directions several times. 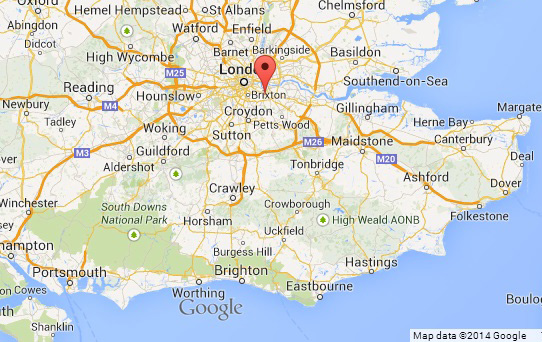 Even though they are UFO buffs, they say they are still open to other explanations. Andrew said, “If anyone can prove to us that it was something conventional, we will accept it.”

The Burlingtons say this video from Pennsylvania recorded on May 1, 2013 looks very similar to what they saw.