A witness noticed a UFO streaking through the sky above Meridian, Idaho on Wednesday, October 8.

Kaitlyn Ellis noticed the aerial object from her backyard at approximately 2:45 p.m. She recorded video of the UFO as it moved across the sky. She asserts that she then saw a plane with a long contrail following the unknown object. 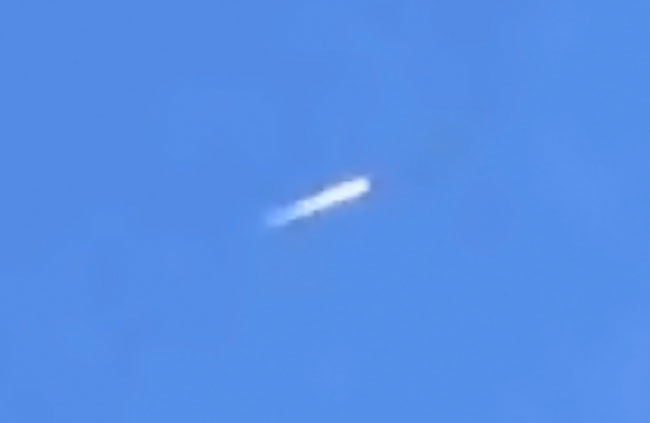 The news station also contacted amateur astronomer John McVey who opined that the object in the video is too slow to be a meteor.

Although the object in question was not related to Idaho National Guard or Army National Guard exercises, its behavior and appearance are consistent with a conventional aircraft. And military craft aren’t the only craft flying over Idaho. So it’s plausible that the object in the video is simply a private or commercial plane.

But the object has not officially been identified.