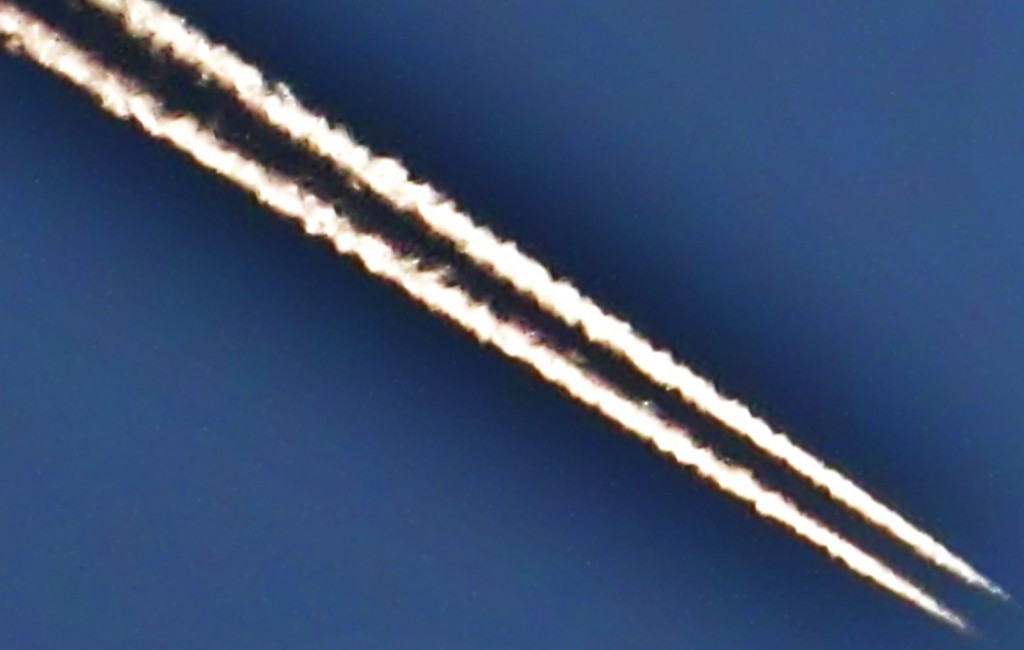 This image was captured on 5/23/2013 and features an Airplanes contrail just above my home. Now, if you look into the center of it and then go up and left you should notice what appear to be reflective, disc like objects present there. I’ve manged to see about four. If you still do not notice or see them you can always go to “Save Image As” and go from there.

This image was captured on 5/24/2013 and features what I believe to be a cloaked U.F.O. just over a major intersection near my home. If you look up at the top and in the middle you will see a very distinct disc like object there. As for the story behind this particular photo, it was literally just a random point and shoot kind of scenario, but with an interesting result. 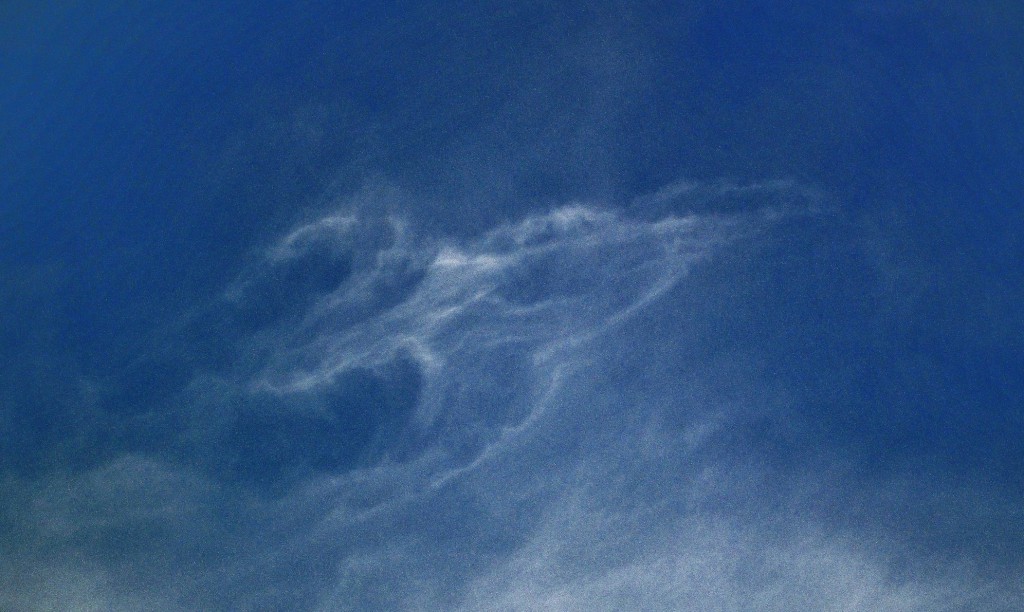 This image was taken on 5/12/2013 during the evening time just above my home. You may not be able to see this one right off the bat, but if you look closely enough you will see what appears to be a Spaceship or Rocket. Coming from the West sky, this particular “Cloud Ship” as I’d like to call it never broke up its overall shape until it went away from my field of view off into the East sky. I have since been able to see this again with any other cloud formation…

View the rest of his photos on Facebook here.