Following in the footsteps of the big screen, several UFO-themed shows are coming to television. Hollywood is slowly being taken over by movies about UFOs and extraterrestrial encounters. 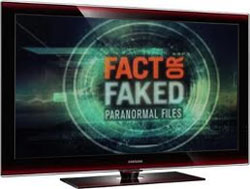 Following in the footsteps of the big screen, several UFO-themed shows are coming to television.

Hollywood is slowly being taken over by movies about UFOs and extraterrestrial encounters. There has been an increase in the number of UFO-related movies at the box office during the past couple years, and there are already a dozen or so movies scheduled to release next year dealing with the UFO phenomenon.

While the small screen has seen its share of UFO shows like X-Files and UFO Hunters, it appears that television is also experiencing a surge of programming exploring the UFO topic.

The SyFy Channel debuted its latest UFO-related show this year entitled Fact or Faked: Paranormal Files. The show follows a team of investigators as they attempt to determine if evidence is genuine, or if it has been manufactured. In the first episode of the show, the team investigated mysterious lights in the Arizona sky. Not only were they unable to recreate the lights, but the team also witnessed the lights for themselves.

William Shatner’s Weird or What? recently debuted on History Television. In this show, the former Star Trek captain attempts to explain mystifying events, in a tongue-in-cheek manner. Shatner believes in extraterrestrial life, and has a fascination with exploring the inexplicable.

Their show Fact or Faked: Paranormal Files apparently doesn’t meet their demand, because the SyFy Channel just announced that it is in the process of developing a new reality show called UFO: Unbelievably Freakin’ Obvious, starring Billy Ray Cyrus and his son Trace. The show will follow the father-son duo around the country as they offer “skeptical solutions to many theories.” According to Billy Ray, his son Trace has always had a “keen interest in this area.” Billy Ray seems to have his own interest in the topic, as he originally agreed to perform at the 2010 Roswell UFO Festival, but later canceled.

NBC’s much-hyped drama The Event debuts on September 20th, 2010. The show is described as a “high-octane conspiracy thriller” with a plot centering around the discovery of the government’s massive UFO cover-up. 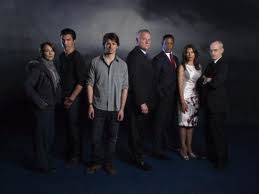 This sampling of UFO-related television programming illustrates the high demand for such content, generated by the growing interest in the topic of UFOs and related phenomena. Screens, both big and small, are seeing a tremendous amount of UFO-themed content. Much of the content has already demonstrated a strongly skeptical and/or negative position, but whether this will be demonstrated in upcoming productions or not remains to be seen.