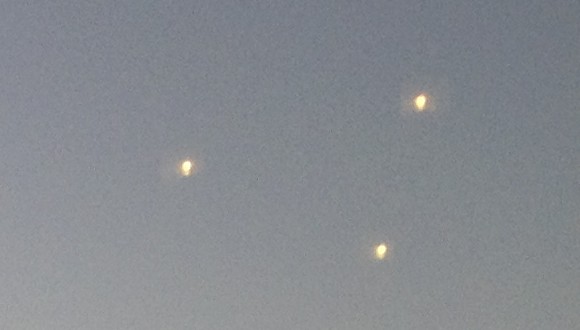 A New Mexico witness at Santa Ana Pueblo reported anomalous lights showed up in a photo taken that depicts three lights in a triangle formation, according to testimony in Case 62729 from the Mutual UFO Network (MUFON) witness reporting database.

The incident occurred while the witness was on business and staying at the Hyatt Regency in Santa Ana Pueblo, New Mexico, at 7:05 p.m. on January 15, 2015.

“I used an iPhone 4S, and took several photos of the sky around the hotel,” the witness stated. “At no time did I see the lights (objects?) that show up on the attached picture…in other words, this was not visible to the naked eye, and only showed up when I checked the photos I had taken.”

The witness provided one image with the MUFON report, which was filed on January 19, 2015: Image 1. 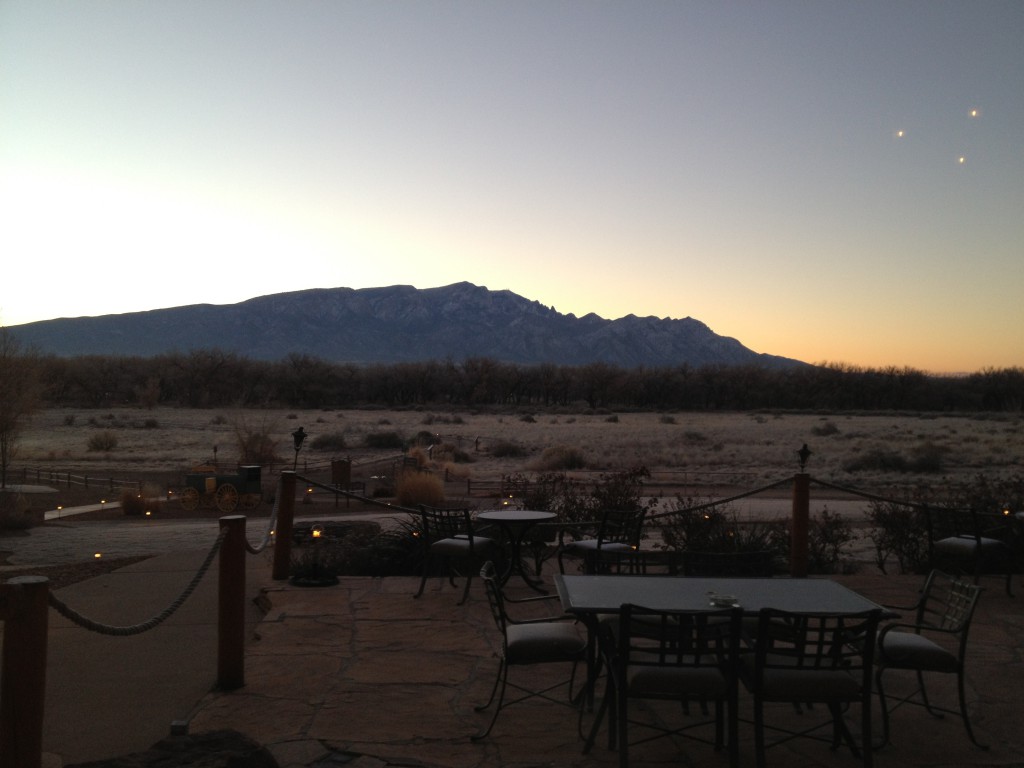 “I am a licensed pilot, with instrument rating, and a former amateur astronomer, so I’m accustomed to observing the skies and noticing details. These lights were definitely not visible to the naked eye at the time the photo was taken. The lights did not appear in any other photo, either before or after the one being attached, so I doubt this was a malfunction of the camera in my phone.”

The witness does not believe other nearby light sources could be the cause.

“There were also no other point light sources in the general area that might have been bright enough to cause reflections in the lens. I have no idea what these lights were, but thought it strange enough to report to you.” 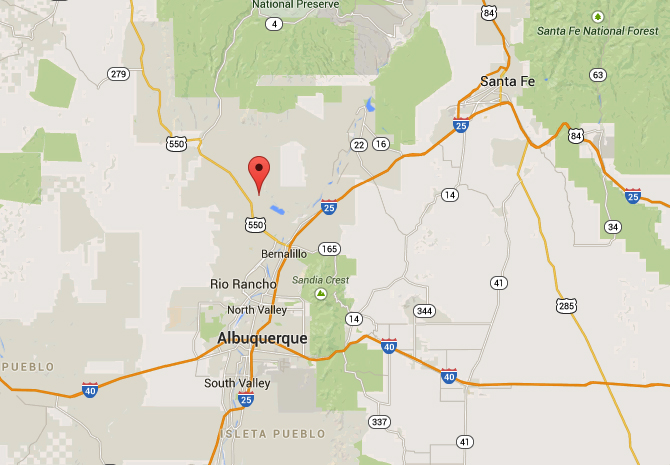