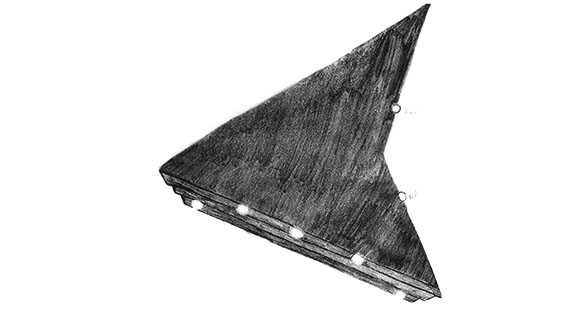 A Florida witness at Gainesville reported “a very large, black triangle” UFO hovering over a residential area, according to testimony in Case 80933 from the Mutual UFO Network (MUFON) witness reporting database. 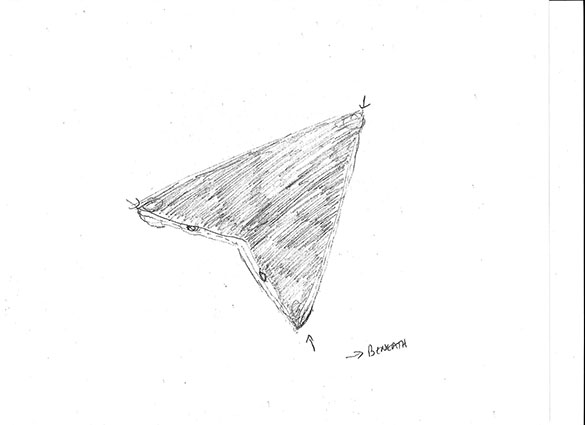 The witness was returning home from a family dinner on December 11, 2016, when the object was seen hovering about 500 feet over nearby homes.

“It had large white, solid lights on each of the three corners of the craft and a pulsating red light on what appeared to be the rear,” the witness stated. “We could actually see framework or something on the side facing us, which indicted it wasn’t a smooth surface, but rather a metallic structure.” 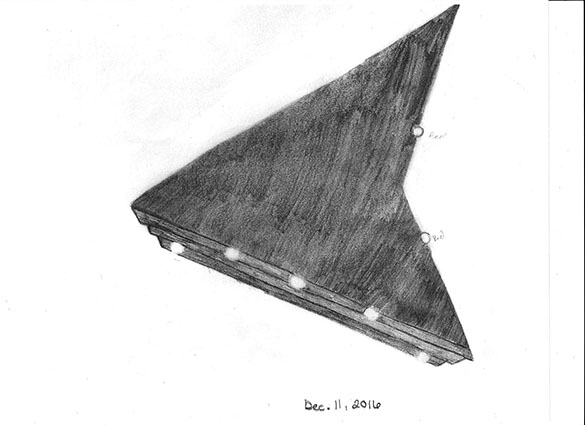 The witness then drove north into the subdivision while watching the object.

“It made a turn toward the northeast and, after a few seconds without making a sound, it ascended to a tiny point in the sky in an instant. At the moment it took off into the sky, the sky seemed to bend around the lights of the craft. Before, during and after the sighting we could see normal aircraft in the sky, as there is a close-by small, commercial airport. I cannot imagine no one else, particularly pilots, didn’t see this craft. It was enormous.” 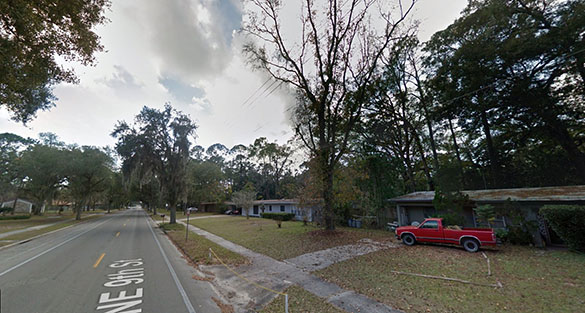 The low flying UFO quickly moved away until it was a tiny point in the sky. Pictured: Gainesville, FL. (Credit: Google)