A resident of Kingman, Arizona photographed a series of lights in the night sky. 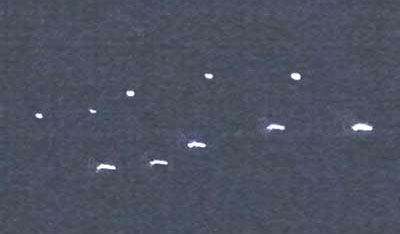